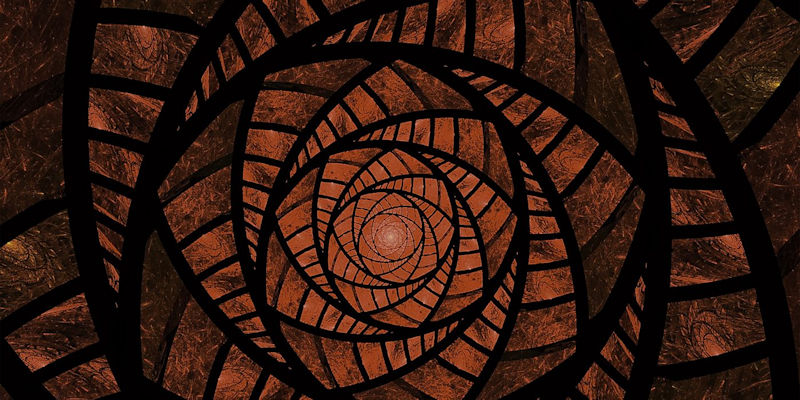 Our research areas include:

Vital and beautiful phenomena such as symmetry, transformation, equivalence and identity are abstracted in Algebra. From this simple precept flows a collection of challenges and empowering mathematical tools of almost infinite variety. For example representation theory is to Algebra what Physics is to the study of the natural world.

Researchers in Leeds work on a wide variety of challenges in the areas of algebra and representation theory, covering and extending a broad cross-section of the subject. The group's research in this area also interfaces with analysis, combinatorics, geometry, integrable systems, logic, topology, physics and other disciplines. Specific topics include the following:

Beautiful and useful phenomena such as equivalence, smooth transformation, and identity are abstracted in Topology. From this simple precept flows a collection of challenges and empowering mathematical tools of almost infinite variety. For example geometric topology is a branch of Topology informed by and informing the study of the natural world.

Researchers in Leeds work on a wide variety of challenges in the areas of Topology, covering and extending a broad cross-section of the subject. The group's research in this area also interfaces with algebra, analysis, combinatorics, geometry, integrable systems, logic, physics and other disciplines. Specific topics include the following:

Connections of logic to algebra and geometry

Mathematical logic links to algebra and geometry in many ways, but especially through model theory and category theory. Model theory concerns the study of mathematical structures (e.g. groups, rings and fields) from the viewpoint of first order logic (first order expressibility of properties, the combinatorics and geometry of `definable sets’). Category theory studies mathematical objects by focusing mappings between them. This point of view led to the formulation of general concepts (adjunctions, limits, Kan extensions) that allow us to link different areas of mathematics (including algebra, geometry, topology, logic) and find applications also in theoretical computer science. Specific topics include the following:

Variational problems are ubiquitous in differential geometry and mathematical physics, where the “best” or “most natural” objects often minimize energy, in some sense. This work concerns the existence, stability, construction and geometric properties of critical points of geometrically natural energy functionals in a variety of contexts. Specific topics include:

Integrable systems theory is concerned with systems of PDEs and ODEs which can, in some sense, be solved exactly. Integrable systems have a rich and fascinating mathematical structure making them worthwhile objects of study in their own right, quite apart from their innumerable links with geometry and algebra, where they have motivated many important and influential developments (e.g. twistor theory, quantum groups). Topics of interest at Leeds include:

Discrete systems arise in various branches of physics, where they model coarse crystalline structures, and as analogues of continuum systems of PDEs and ODEs. In both contexts, one can argue that the discrete system is more fundamental than its continuum limit. Their study introduces new challenges, and has inspired new developments in other areas of mathematics, such as discrete complex function theory and discrete differential geometry. Our work in this area concerns:

Spectral geometry lies at the intersection of differential geometry, partial differential equations, and analysis. It finds applications in other areas of pure mathematics such as number theory and the theory of dynamical systems, and is to a large extent motivated by questions originating in the study of real-life phenomena, such as vibration, heat propagation, oscillation of fluids, and quantum mechanical effects. For example a model question, posed by Mark Kac half a century ago, is “Can one hear the shape of a drum?” The challenge is to understand the geometry of an idealised drum from the set of its vibration frequencies, that is the Laplace eigenvalues. Kac’s question is closely linked to other topics in spectral geometry, including shape optimisation, spectral asymptotics, and spectral invariants.

The concepts and methods of spectral geometry are amenable to the setting of the discrete geometry and extremely important for applications. For example, bounds for the Laplace-Beltrami eigenvalues and various properties of its eigenfunctions are used in image processing, shape recognition, and machine learning. Currently, Kevin Houston is using the discrete Laplace-Beltrami operator in the study of biological shapes, for example skull and jaw shapes.