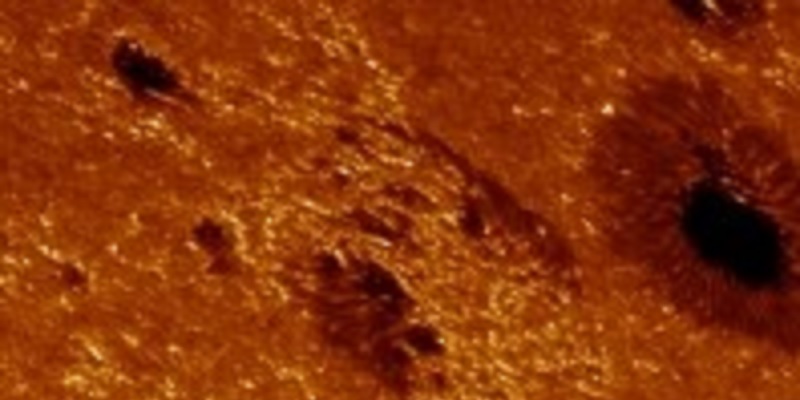 Our group investigates the study of convection, which is fundamental to many aspects of astrophysics and geophysics. We investigate the following processes:

Fluids heated from below often undergo convection. As particles of fluid become hotter, they become less dense than the surrounding fluid and they rise due to their buoyancy. When they reach the surface regions they release their heat, become more dense, and sink back. Convecting fluids are thus in a perpetual state of motion. The Sun, the Earth, and many stars and planets transport heat outwards by convection. The resulting fluid motion drives the solar magnetic field, the Earth’s magnetic field, plate tectonics and many other key phenomena in astrophysical and geophysical fluid dynamics.

Naturally, there has been much work devoted to understanding the fundamentals of convection theory, but much still remains to be done. If a fluid layer of uniform depth is heated from below (the Rayleigh-Benard convection problem), and the temperature at the lower boundary is gradually increased while the upper boundary is held at constant temperature, there is a critical temperature difference at which convection onsets.

The behaviour close to this critical value has been studied intensively, to see which patterns of fluid motion set in: hexagonal cells, square cells and two-dimensional rolls are all possible. Convection can occur as steady convection, oscillatory convection or as travelling waves.

Magnetic fields and rotation affect the form of convection, and give rise to a wealth of mathematical problems which can be studied by asymptotic methods. Examples are the magnetic field in sunspots, which constrain the convection into rolls parallel to trhe field, giving rise to the sunspot penumbra, and the tall thin convection columns that occur in rapidly rotating convection. These different forms of convection have many astrophysical and geophysical applications, but they are also studied directly in laboratory experiments.

Thermal buoyancy is not the only way of driving convection. A high salt concentration increases the density of water, so fresh water can be buoyant when surrounded by salty water. This effect is important in driving the ocean currents, the thermohaline circulation. Many interesting new effects can occur when two sources of buoyancy, e.g. heat and salt, are present, an area of research known as double-diffusive convection.