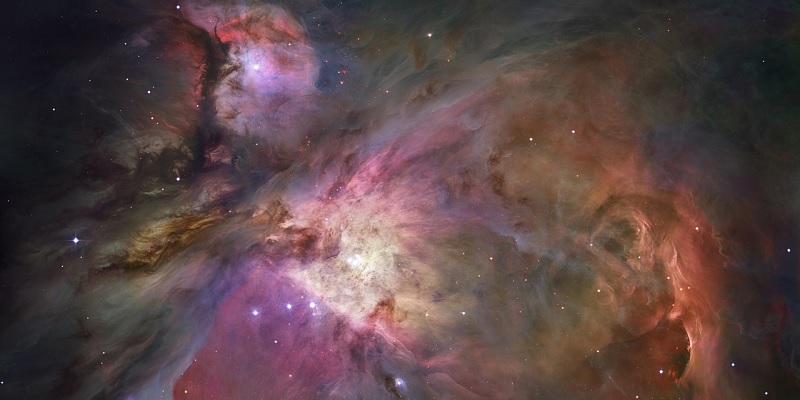 Group member working in this area:

Professor Falle collaborates closely with the Star Formation group in Physics and Astronomy.

Cosmic gas dynamics is concerned with the dynamics of the diffuse gas between the stars in galaxies (the Interstellar Medium) and with even more rarefied gas between galaxies in cluster of galaxies (the Intracluster Gas). Although the density of this material can be extremely small (less than a million atoms per cubic meter), for most purposes it can be regarded as a compressible fluid. Despite its low density, it occupies such a large volume that it constitutes a significant fraction of the mass of a galaxy (about 30% in our galaxy).

Most of the Interstellar Medium is not at rest, but is in supersonic motion under the action of supernova explosions, stellar winds and radiation fields and the time dependent gravitational field due to spiral density waves in the stellar disc of the galaxy. Since supersonic motions almost always involve shock waves, these play a crucial role. The galaxy also contains a dynamically significant magnetic field which means that the dynamics is governed by the equations of compressible magnetohydrodynamics.

In many cases the electrical conductivity is large enough for the for ideal magnetohydrodynamics to be a good approximation, but this is not true in star forming regions where the gas density is high and the degree of ionization is low.

One of the most interesting problems is that of star formation. It is known that stars form out of the Interstellar Medium and that this mostly occurs in Giant Molecular Clouds such as the Rosette Nebula shown above. It has been known for a long time that an interstellar cloud can collapse due to its self-gravity if it is large enough, but in the ordinary interstellar medium, this can only happen if the cloud has a mass of several thousand solar masses - much larger than that of any star.

There must therefore be some process that fragments the cloud into smaller high density clouds whose masses are in the same range as that of stars. Self-gravity cannot do this, but it turns out that there are processes that do this if the magnetic pressure is much larger than the thermal pressure, as it is in Giant Molecular Clouds. These processes rely on the interaction of magnetohydrodynamic waves with a thermal instability. A magnetohydrodynamic wave in a medium in which the magnetic pressure is much larger than the thermal pressure can produce dense regions, but they cannot by themselves make the density high enough for self-gravity to act. However, the gas in star forming regions is heated by cosmic rays and is cooled by radiative processes.

The net result is that gas in a thermal equilibrium state in which heating balances cooling can exist in three different phases at the same pressure: a warm phase with a low density, an unstable phase with intermediate density and a cold phase at low temperature. An increase in pressure, due to a supernova or a spiral density wave can flip the gas from the warm phase into the unstable phase and a magnetohydrodynamic wave can then produce dense fragments in the cold phase whose self-gravity is strong enough for them to collapse to form stars.