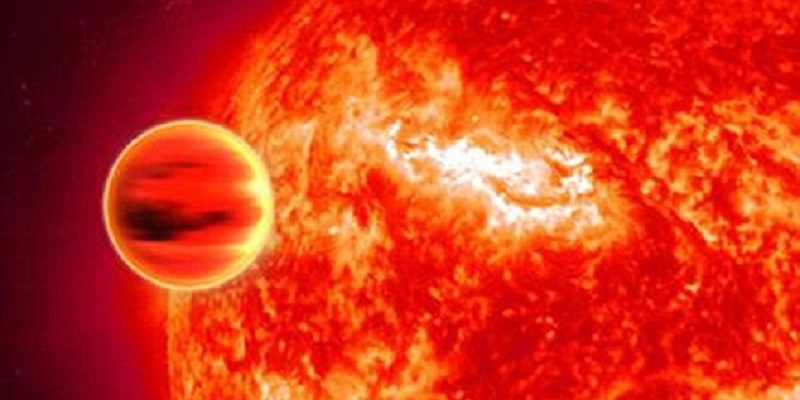 Our research studies the fluid dynamics and magnetohydrodynamics of tidal flows inside planets and stars, including the effects of rotation, stratification, convection and magnetic fields.

Since 1995 astronomers have discovered and partially characterised several thousand extrasolar planets, which have a diverse range of masses and radii.  Many extrasolar planets have masses similar to Jupiter, and orbit their host stars in only a few Earth days – a fascinating class of planets that we refer to as hot Jupiters.

Since these planets orbit their stars very closely, gravitational tidal interactions between the planet and star can determine the fates of these planets, and the spins (axial rotations) of the planet and its host star. A familiar example of tides, much closer to home, is the interaction between the Earth and the Moon, which results in a gradual lengthening of both the day and month.

We use a combination of local (Cartesian "small-patch") and global (spherical or ellipsoidal) computer simulations, as well as analytical calculations, to understand tidal flows in stars and in the fluid layers of planets. Our ultimate goal is to explain the current observations and to make predictions for future missions.