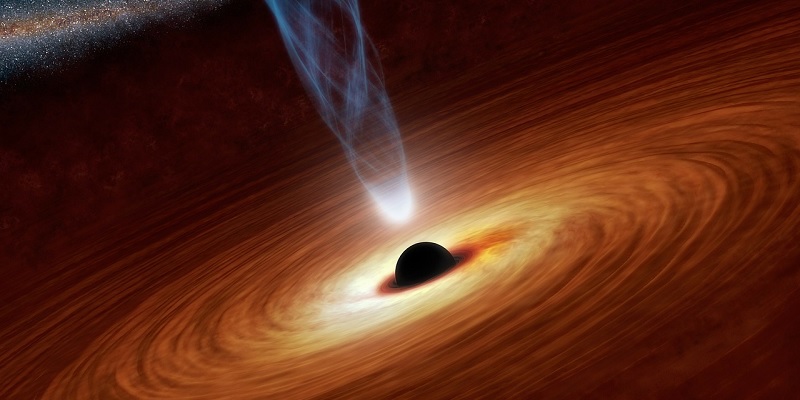 Group member working in this area:

Our group’s areas of research:

The life of black holes and neutron stars

When massive stars exhaust their nuclear fuel they die in the most spectacular fasion — their central core collapses either to a superdense ball of only few kilometres in size, neutron stars, or to a black hole. The gravitational energy released during or soon after the collapse drives huge explosions known as Supernovae and Hypernovae. The life of neutron stars and black holes produced in this way remains most spectacular even after these explosions. Thanks to the angular momentum conservation they are usually rapidly rotating and the rotational energy can power strong outflows which then interact with the surrounding plasma leading to the phenomena like Pulsar Wind Nebulae. When a black hole/neutron star is a member of a binary system with a normal star as a companion it can accrete the matter being lost by the companion. Gravitational energy that is released during the accretion powers a variety of violent astrophysical phenomena.

Some of it transforms into the rotational energy of the black hole/neutron star that keeps them spinning rapidly. Magnetic fields are likely to play a key role in driving the accretion as well as in powering and collimating the outflows from accreting systems. Given the relativistically strong gravitational field of the central object one would expect relativistically high speeds of the outflows and the observations do provide us with direct evidence for such speeds in the outflows from neutron stars as well as galactic and extragalactic black holes. Black holes created in galactic nuclei have a plentiful supply of matter from the dense interstellar medium and by accreting this matter they grow to an enormous size of up to billions of solar masses.

These supermassive black holes are responsible for the phenomena of Active Galactic Nuclei, Quasars, and Radio Galaxies. They drive most powerful jets of magnetised plasma that can extend up to millions of light years. In spite of decades of observational and theoretical research many key aspects of black hole/neutron star physics remains unclear and are awaiting for new generations of researches to take on them. One of the most noticeable advances of recent years has been the development of powerful computational tool that allow to get invaluable insights into the phenomena of relativistic astrophysics via numerical simulations.

One of the mathematical frameworks that can be used to describe the dynamics of relativistic magnetised plasma is relativistic Magnetohydrodynamics (RMHD). We have studied the properties of RMHD as a system of hyperbolic conservation laws including the properties of relativistic Alfven waves and shocks. In the limit of vanishing inertia of matter the system of RMHD degenerates and the dynamics of highly magnetised plasma is best described within the approximation of Magnetodynamics (MD). This system governs flows of magnetic energy under the action of magnetic pressure and tension. Our latest research in this area is concerned with the development of so-called tearing instability in relativistic plasma.

We have developed a suite of high-resolution numerical schemes for Hydrodynamics, Magnetohydrodynamics, Electrodynamics, and Magnetodynamics, both special and general relativistic. Successful work in this field provided us with powerful computational tools for relativistic astrophysics ahead of most of the leading centers in the field and to carry out a number of truly pioneering numerical simulations.

We have studied a number of important aspects of the interaction between relativistic jets and their plasma surrounding. These include the deceleration of relativistic jets due to mass entrainment, the development of large-scale structure of extragalactic radio sources in the jet model, the interaction of travelling shocks with a stationary reconfinement shock with application to the super-luminal extragalactic jets, and the effects of magnetic hoop stress on the propagation and dynamics of magnetised relativistic jets.

One the most important issues of black hole astrophysics is the extraction of rotational energy of black holes by means of electromagnetic stresses. Two competing mechanisms have been proposed so far, the Blandford-Znajek process, where the key role is played by the electric field “gravitationally induced” in the vicinity of a black hole placed in a magnetic field supported by external currents, and the MHD-Penrose process, where the energy extraction is achieved via an influx of negative energy particles. We have carried out a number of MD and MHD simulations to study this issue in the context of very basic magnetospheric models. The results show robustness of the Blandford-Znajek process and very little evidence in support of the MHD-Penrose process. We have clarified the causal structure of the Blandford-Znajek process and have shown asymptotic stability of the famous steady-state analytic solution of Blandford and Znajek. We have also proposed a new 3+1 formulation of black hole electrodynamics that clearly reveals that the curved space-time of a black hole behaves as an electromagnetically active medium and that the roots of the Blandford-Znajek process reside in the extreme electromagnetic properties within the ergosphere of a Kerr black hole. There are still many challenging problems in this area of astrophysics including the issue of acceleration and collimation of relativistic jets from the black hole – accretion disc systems.

One of the most fascinating discoveries of recent years was the discovery of the X-ray emitting Jet-Torus structure in the inner part of the famous Crab Nebula. This is an example synchrotron emitting nebulae created by relativistic magnetised winds from young neutron stars. We have developed an MHD model of this nebula where it is created by mainly equatorial wind, similar to that predicted in simple models of pulsar winds, and the jets are produced far away from the star in the region downstream of the shock terminating this wind via the collimating effect of magnetic hoop stress. The model explains many observed features of the Crab Nebula. We have also pioneered numerical simulations of neutron star magnetospheres that helped to understand how pulsar winds are launched by neutron stars. There however many open questions that are still challenging researches working in this area.