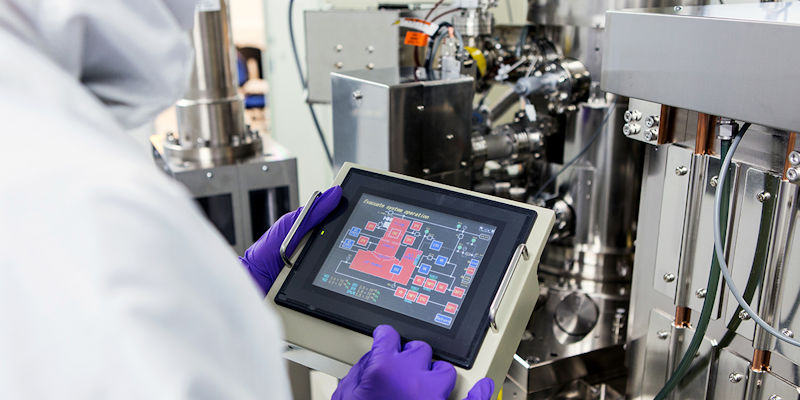 Our researchers are playing a pivotal role in developing THz science and technology, which is becoming a vibrant international research area. For example, we are:

The group is currently part of an EPSRC Programme grant (EP/J017671/1, with UCL, Cambridge and the London Centre for Nanotechnology), a partner in a Horizon 2020 FET-Open programme (ULTRAQCL), and leads the EPSRC TERANET (EP/M00306X/1) network of researchers in THz science and technology, as well as receiving funding from the European Space Agency.

The group works closely with a broad range of international collaborators, including the Universities of Harvard, Texas, Nanyang Technological, Shanghai Institute of Technical Physics, Queensland, Bochum, Paris Sud, Paris 7, and École Normale Supérieure, as well as governmental research laboratories such as the National Physical Laboratory, and the Rutherford Appleton Laboratory.

View all members of our research group and publications.

We have opportunities for prospective postgraduate researchers. Find out more.

If you would like to discuss an area of research in more detail, please contact a relevant member of the research team.