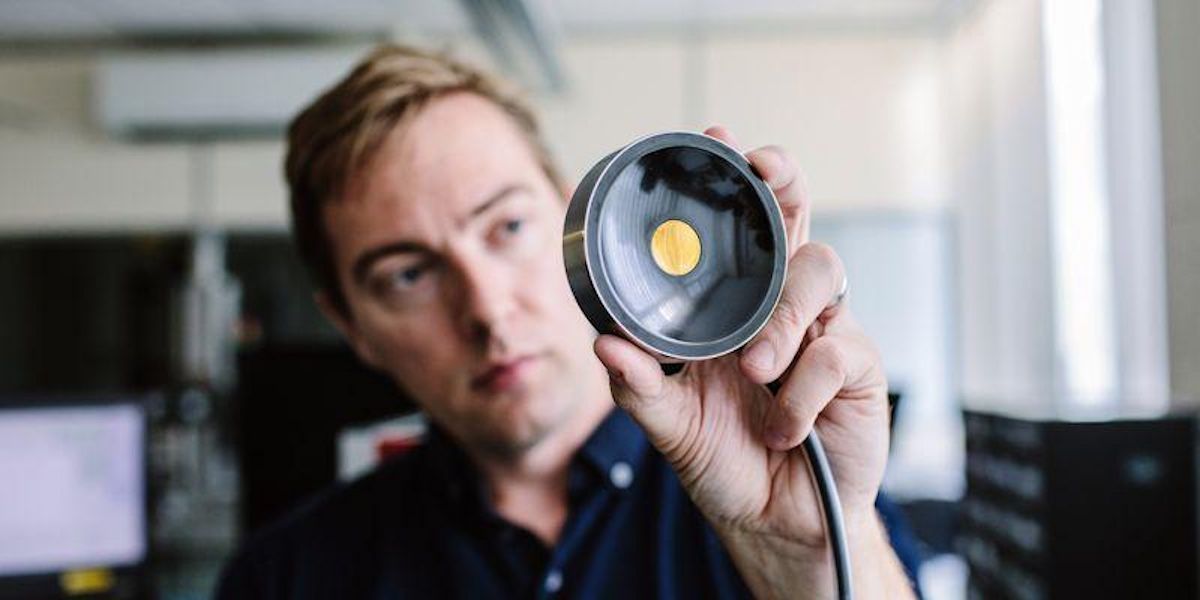 Current treatment for head and neck cancer can have debilitating side-effects, but new research combining robotics, nanoparticles, ultrasound and lasers could treat it without chemo- or radiotherapy.

Dr James McLaughlan, a University Academic Fellow in the faculties of Engineering and Medicine and Health, is leading the research programme successful outcome to the work could reduce the need for traditional therapies. It would free up the large multidisciplinary teams of medical professionals needed to carry them out to support other patients or more complex cases.

Dr McLaughlan received an EPSRC-UKRI Innovation Fellowship for his research. He said: “Our study sets out to develop a new prototype treatment system that could improve diagnosis and therapy for head and neck cancers, whilst also significantly lowering costs within the NHS by reducing the need for highly-trained surgical teams.

Uniquely, the technology Dr McLaughlan is using to carry out his research combines nanoparticles targeted to cancer cells with laser illumination and ultrasound. It also incorporates a waterproof robotic system that has been developed in conjunction with a UK manufacturer, ST Robotics.

It is possible to manufacture nanoscale metallic particles that attach to cancerous cells. Once they have attached, the treatment system is able to activate the particles by exposing them to simultaneous ultrasound and laser illumination, which causes bubbles to form around the nanoparticles.

When the bubbles burst, they emit a clear ultrasound signal that can be detected using a standard ultrasound imaging system. This approach offers real-time visualisation of the cancerous areas, which can then be immediately treated by thermal ablation, a procedure that involves using heat to remove tissue.

High-intensity focused ultrasound (HIFU), a method already in clinical use for treating cancers such as liver and prostate, is used to achieve thermal ablation during the procedure. 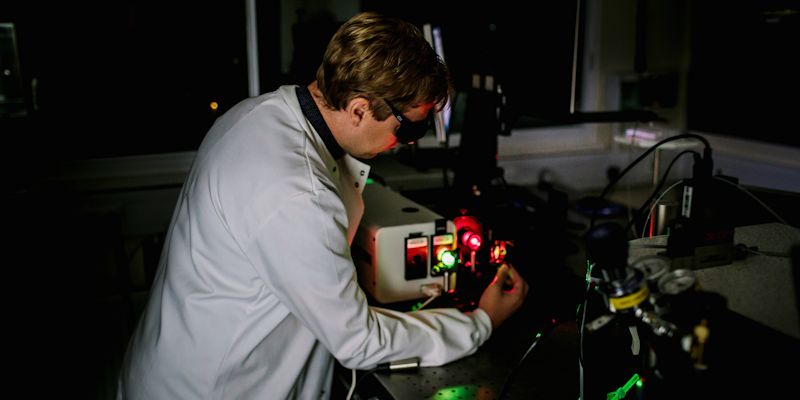 Dr McLaughlan said: “When the bubbles pop, I can detect where they are. This allows me to pinpoint the cancer sites very accurately. Then, using the same system, I’m able to destroy the cancer, essentially cooking it with thermal ablation using HIFU, which is enhanced by the presence of those bubbles.”

Using the... system, I’m able to destroy the cancer, essentially cooking it with thermal ablation using HIFU, which is enhanced by the presence of... [micro]bubbles.

The third part to Dr McLaughlan’s approach is incorporating the robotic system, which allows automation of the scanning and ablation. The waterproof robotic arm will enable semi-autonomous treatment of head and neck cancer.

This apparatus is submerged in a water tank to allow patients to comfortably lie on a treatment bed with a small opening to allow for contact with the water. As the system submerged in the water, the imaging/therapy system is able to move around the area of interest in the patient without any direct physical contact.

The ultimate idea is that instead of a complicated procedure requiring lots of medical professionals, it could be done by a single person monitoring the procedure. This would only be possible due to the unique combination of targeted nanoparticles, light, sound and robotics.

The ultimate idea is that instead of a complicated procedure requiring lots of medical professionals, it could be done by a single person monitoring the procedure

Dr McLaughlan’s fellowship, entitled ‘Semi-autonomous non-invasive surgery: The ‘outside in’ of molecular-targeted theranostics for cancer’ has a specific focus on innovation, and includes partnerships with two businesses:

iThera Medical - a medical imaging company, which will help validation of the targeting of the particles using its pre-clinical imaging system.

ST Robotics - which has developed a low-cost robotic arm being testing as part of the research. A key focus of this work is to translate it into eventual clinical use in 10-15 years.

If you would like to discuss this area of research in more detail, please contact Dr James McLaughlan.