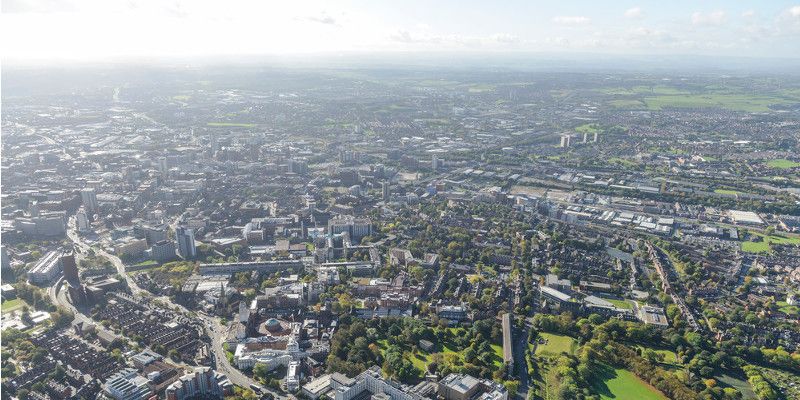 A good quality of life is critically dependent on infrastructure systems that provide resources such as water, gas, electricity, and transport. New robotic technology could radically change the way underground pipes and streets are repaired, minimising disruption for future citizens, visitors, and commuters.

The Self Repairing Cities programme is part of the Engineering and Physical Sciences Research Council (EPSRC) award to balancing the impact of city infrastructure engineering on natural systems using robots. The project aims to tackle the Grand Challenge of Zero disruption from street-works in UK cities by 2050, by developing robots that will contribute towards a vision of a city where infrastructure is dynamically responsive.

Swarms of bespoke, pipe-inspecting robots could soon be able to monitor and fix pipes. If successful, the technology could have a significant impact on maintaining the UK's buried infrastructure system, which currently costs more than £5bn per year.

University of Leeds researchers are among a group of collaborators who are developing and testing the viability of a range of these pipe-inspection robots, which are of varying sizes. They are being designed to explore, detect and repair damaged gas, water, and sewage pipes autonomously. Companies often rely on digging up roads and pavements to pinpoint problems, but these robots could reduce or eliminate the need for human intervention, making it possible to avoid this complex, costly process.

Professors Netta Cohen, Ian Robertson, Robert Richardson, and Dr Viktor Doychinov are among the Leeds researchers developing the technology, which is made possible through the Government’s Industrial Strategy Challenge Fund.

The robots, which are in their early stages of development, will be able to independently detect simple defects in pipes. They are supported by in-pipe sensors and will have the capability to map the underground infrastructure network, while navigating it together in groups.

Professor Cohen is developing algorithms that enable the robots to function independently and collaboratively with other robots. Taking inspiration from nature, her team is examining the behaviours of animals, such as insects and nematode worms. They are designing engineering principles that mimic the behaviours of these animals, and applying the lessons learnt from their characteristics when programming the behaviour of the robots. 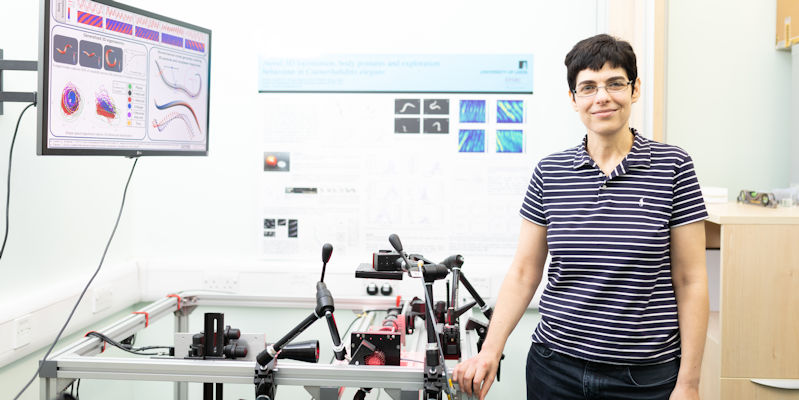 She said: “Imagine swarms of tiny robots that live in our pipe networks, mapping and monitoring their conditions across an entire city. Each robot would need to operate autonomously but be capable of working together by physically collaborating, or by communicating and making collective decisions with other robots to achieve the best results.

“One of the project’s greatest challenges will be ensuring the robots are able to withstand harsh conditions, including toxic and high-pressure environments. Understanding more closely animal behaviour, such as that of nematode worms and insects, can teach us how to program simple robots so that they can survive and function in such settings.”

Understanding more closely animal behaviour, such as that of nematode worms and insects, can teach us how to program simple robots so that they can survive...

Professor Richardson will fabricate the robotic devices. The robots will need to work in varying conditions without damaging the pipes or themselves, so traction will be an important design feature.

He said: “We are excited to take on new challenges that come with applying this new robotic sensing platform to real-world conditions. The next stages of our research into the robotic sensing of buried infrastructure will allow us to take this concept from a laboratory setting and test the autonomous robotic technology in a real-life environment.”

Professor Robertson is developing the communication abilities of the robots. They will be powered by wireless, radio, and optical communication methods, including ultrasound technology. 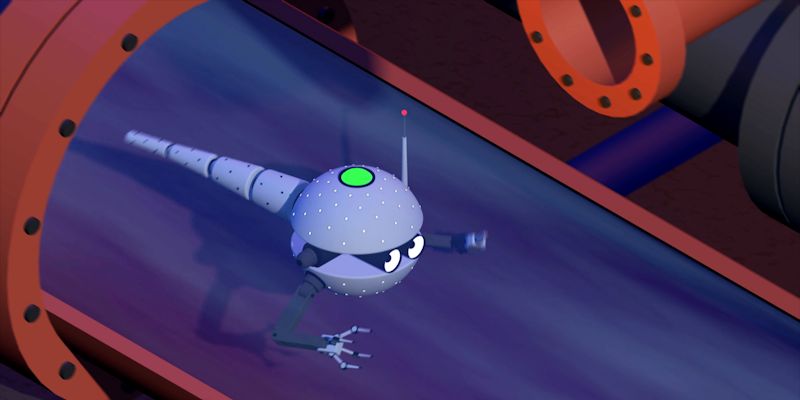 An artist's impression of a pipe-inspection robot

This work will be carried out in collaboration with other university and industry partners, and organisations, including water utilities, in the UK.

Professor Robertson said: "It is important to consider the long-term impact, and economic potential of this pipe-inspection technology. It could offer fantastic outcomes, not only for businesses, road-users and commuters, but also new young scientists and engineers in training. It will also aid policymakers and contribute to the development of Government research and design strategies.”

The technology could offer fantastic outcomes, not only for businesses, road-users and commuters... it will aid policymakers and contribute to the development of Government research and design strategies.

Dr Viktor Doychinov, who is part of Ian Robertson’s team, wrote a piece for The Conversation on how an army of sewer robots could keep our pipes clean.

Uneven roads caused by potholes and their subsequent road closures are just some of the problems that every commuter faces. For the Self Repairing Cities project, Leeds researchers are designing robots that can autonomously detect and repair cracks in roads by 3D printing asphalt into them, before they turn into potholes. 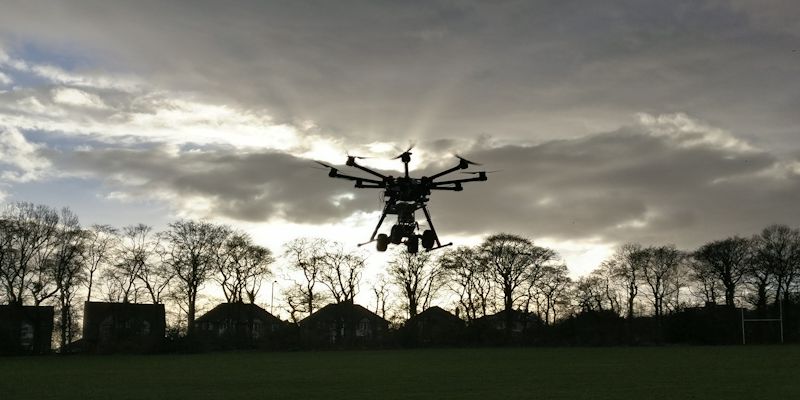 This robotic technology could reduce costs of road closures to carry out repairs, which are estimated to be around £1bn annually in the UK. It has been developed by Dr Bilal Kaddouh and colleagues in Electrical, Mechanical and Civil Engineering.

Dr Kaddouh said: “Our research and the technology we’re developing is a potential long-term solution to reducing the frustration brought by road closures, uneven road surfaces and badly patched potholes.”

The prototype has been tested in a laboratory, and the mechanical properties of 3D-printed asphalt have been studied and compared to cast asphalt. Next, its design will be refined to optimise the asphalt-filling method.

If you would like to discuss this area of research in more detail, please contact Professor Netta Cohen, Professor Ian Robertson, Professor Robert Richardson, or Dr Viktor Doychinov.