Kieran chose to study based upon reputation. He also highlights that “the School of Computing has a specialism within the AI sector specifically when it comes to AI in medicine”, which influenced his decision.

After programming for half his life, Kieran felt that “the University of Leeds can take my technical abilities to the next level through the different aspects of the curriculum.”

Kieran has been a Leeds resident for eighteen years, so he is well-versed in what the city has to offer. 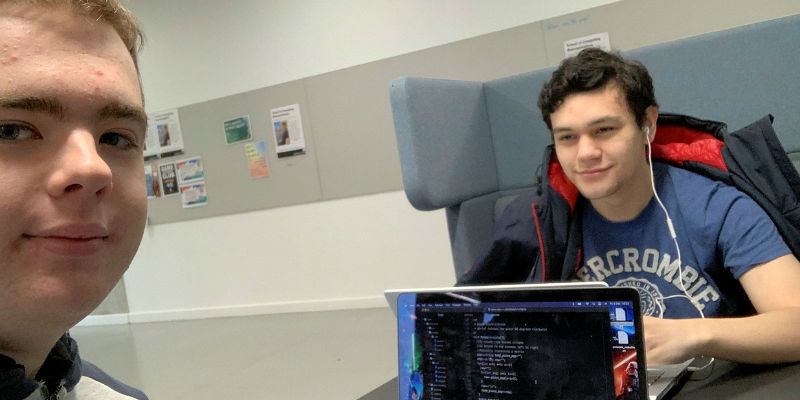 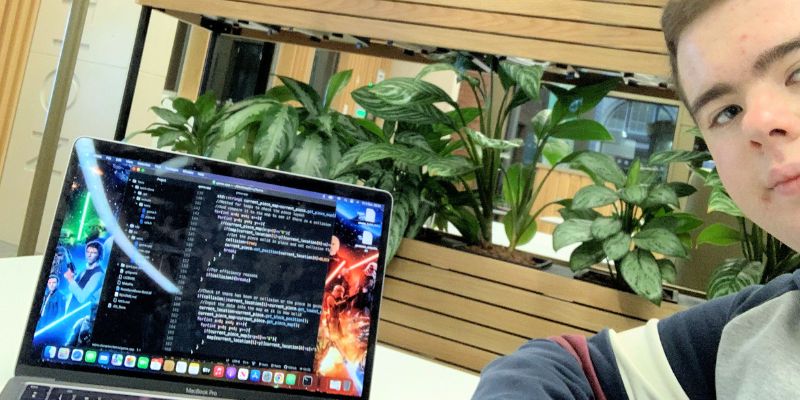 Contributing to a better future

Kieran highlights how, during the first year of studies, there is consideration of the environmental consequences of any software they produce.

Inspiring aspects to the course

The part that inspires me the most is the lecturers due to the fact they are very enthusiastic about the content they are teaching. The passion they have for the subject reflects on students which therefore means that it is more engaging. 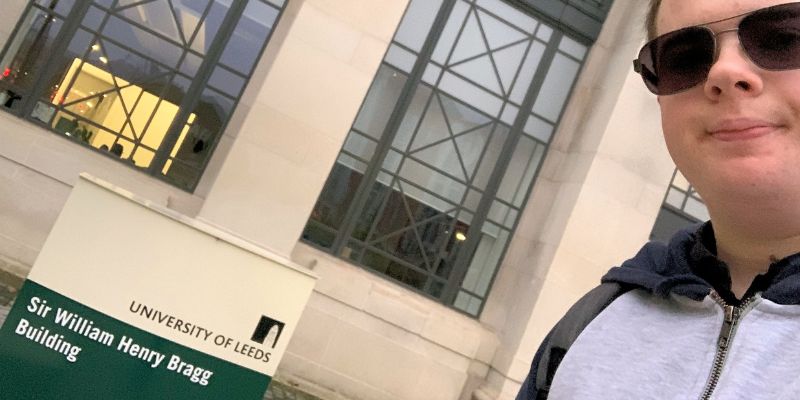 Kieran outside the Sir William Henry Bragg Building, home to the School of Computing

At the end of his studies, Kieran hope to pursue a career in the AI sector within Computer Vision or Natural Language Processing, as these fields are defining the current future.

Kieran’s studies will help him in his future as “the degree is accredited by BCS (British Computing Society) and Leeds is also a prestigious University so it will stand out on a CV.”

“In the future skills acquired at Leeds will help regularly in the industry environment; for example group projects, as the way they are set up is to mirror a business environment. But also the technology used at Leeds is very similar to what is used in industry such as the machines in the computer lab which run Linux. I feel this reflects the real world and will set you up for a career in computer science.”

“When it comes to Computer Science at Leeds I would say have a good strong mathematical foundation, but also invest time in learning to program before coming here as having a basic understanding of programming concepts can put you in a comfortable position when it comes to coursework.”