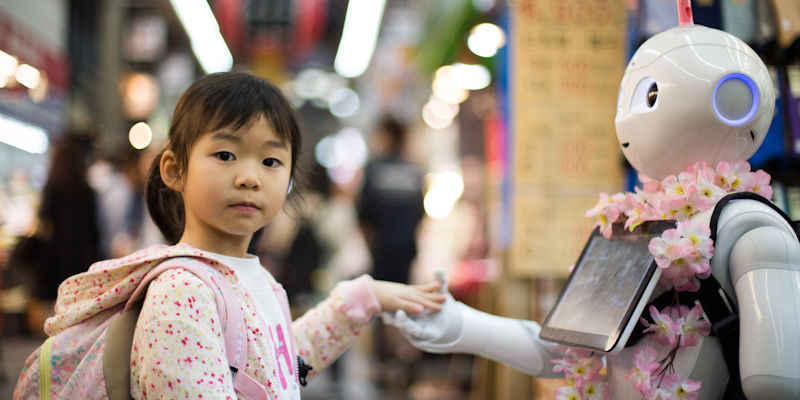 Professor Ross A. Knepper from the Department of Computer Science at Cornell University, USA will discuss the components of successful teamwork in human-robot interaction.

Robots out in the world today work for people but not with people. Before robots can work closely with ordinary people as part of a human-robot team in a home or office setting, robots need the ability to acquire a new mix of functional and social skills. Working with people requires a shared understanding of the task, capabilities, intentions, and background knowledge. For robots to act jointly as part of a team with people, they must engage in collaborative planning, which involves forming a consensus through an exchange of information about goals, capabilities, and partial plans. Often, much of this information is conveyed through implicit communication.

In this talk, Professor Knepper will formalize components of teamwork involving collaboration, communication, and representation. He will also illustrate how these concepts interact in the application of social navigation. In this setting, participants must avoid collision by legibly conveying intended passing sides via nonverbal cues like path shape. A topological representation using the braid groups enables the robot to reason about a small enumerable set of passing outcomes. He will show how implicit communication of topological group plans achieves rapid covergence to a group consensus, and how a robot in the group can deliberately influence the ultimate outcome to maximize joint performance, yielding pedestrian comfort with the robot.

Information about the speaker

Ross A. Knepper is an Assistant Professor in the Department of Computer Science at Cornell University, where he directs the Robotic Personal Assistants Lab. His research focuses on the theory and algorithms of human-robot interaction in collaborative work. He builds systems to perform complex tasks where partnering a human and robot together is advantageous for both, such as factory assembly or home chores.

Knepper has built robot systems that can assemble Ikea furniture, ask for help when something goes wrong, interpret informal speech and gesture commands, and navigate in a socially-competent manner among people. Before Cornell, Knepper was a Research Scientist at MIT. He received his Ph.D. in Robotics from Carnegie Mellon University in 2011.