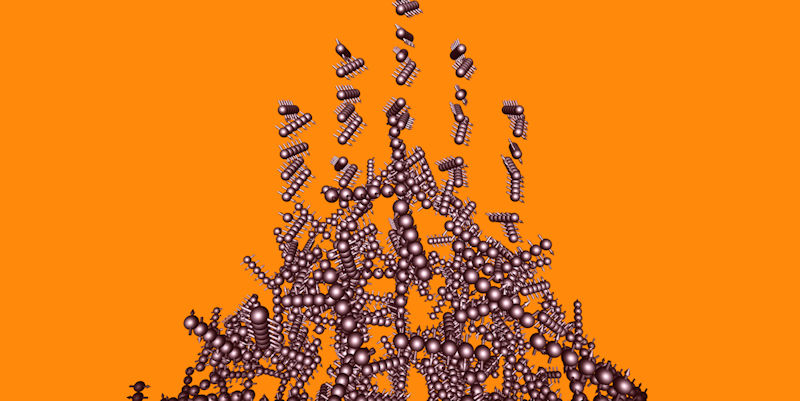 Zlatko Papić has been awarded £993,674 for his research into “Quantum many-body scars: a new paradigm of order amidst quantum chaos”.

The Associate Professor from the School of Physics and Astronomy discovered a surprising phenomenon when examining the results of a Harvard-MIT experiment.

Despite researchers’ initial confusion about the cause of the experiment’s unexpected results, Papić noticed that the behaviour was close to that of “quantum scars”, discovered by Eric Heller in the 1980s. Papić and his colleagues eventually produced a scientific paper that referred to the phenomenon as “quantum many-body scarring”. The discovery may offer huge benefits to the development of future quantum computers or even a new class of quantum system.

Zlatko Papić said: “We have certainly stumbled upon a very distinctive research problem – the new quantum phenomenon that we called ‘quantum many-body scars’.

“There is a huge number of researchers, especially early career, who are currently excited about these things and things are developing so fast that we are barely managing to keep up.”

Things are developing so fast that we are barely managing to keep up.

Zlatko Papić received the Leverhulme Trust’s Research Leadership Award in February 2020. The award is given to “talented scholars who have launched a university career but who need to build a team to address a distinct research problem” and it provides up to £1 million to help academics build a team and further their research. Zlatko Papić has been awarded nearly the very maximum, receiving £993,674.

Papić said: “I was extremely honoured that Leverhulme Trust recognised the importance of our work, especially because the topic of this research is very new and largely pioneered by my group in Leeds and several of our international collaborators.

“With the help of the Leverhulme Award, I will significantly expand my group by hiring several PhD students and Postdocs who will ensure that we remain at the forefront of this fascinating (and challenging) part of modern physics.

“One unique aspect of this research is its interdisciplinarity. It has connections not only with many areas of physics but also with mathematics and chemistry. As our group expands, I hope we will also develop many interdisciplinary connections with the schools of Maths and Chemistry. I am sure this will lead us to new exciting questions and connections that we do not even foresee at the moment.”