School rewarded for improving equality and diversity in Physics 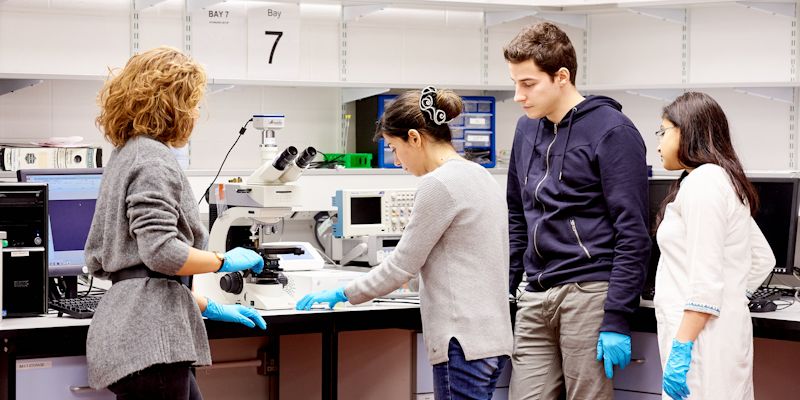 Juno Practitioner status was recently awarded to the School of Physics and Astronomy for their proactive approach to achieving equal gender opportunities and encouraging best practice among staff.

Project Juno (Institute of Physics) recognises and rewards physics departments, institutes and organisations which demonstrate their commitment to an equitable working environment. Leeds’ School of Physics and Astronomy was recognised for progressing their Equality and Diversity agenda, which resulted in the award.

The School was delighted to receive positive feedback from the panel, who praised the Head of School, Professor Helen Gleeson, for her commitment to senior management.

"We're delighted to have been awarded Juno Practitioner status, which is reflective of the action we have taken to promote a culture that encourages students and staff to reach their full potential."

Juno Practitioner status... is reflective of the action we have taken to promote a culture that encourages students and staff to reach their full potential.

Resources supporting the wide range of equality and diversity-focused activities hosted within the School were also commended by the panel. Commitment to the needs of staff and students were shown by the School’s Juno representatives, who collected, analysed and clearly acted upon data provided by them. Workload allocation and pay were also investigated by the team.

This award follows a new code of conduct, designed by Dr Almut Beige, Co-Chair of the Juno Committee (which also includes Dr Sally Peyman), which was deployed by the School last year.

"Not only has the School's new code of conduct - in addition to the activity promoting inclusivity within the School - informed and driven positive change throughout the department, but it has also resulted in a positive impact in Schools across the University."