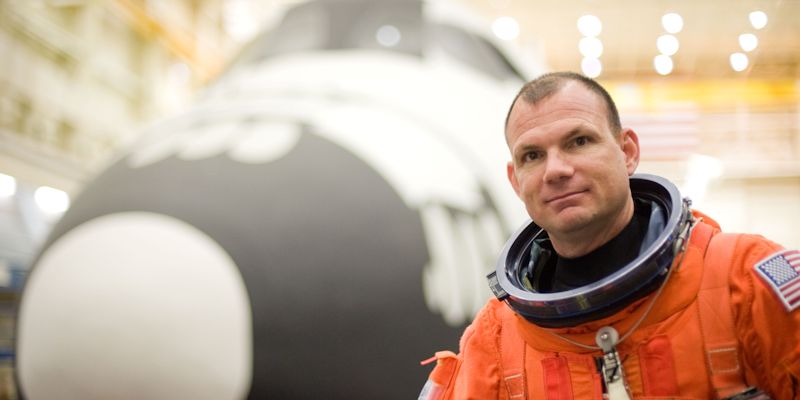 Researchers will be inspired by stories of space missions from a NASA Space Shuttle pilot at a Pint of Science event next week. A Leeds astrochemist will also give insight into the formation of stars.

PhD researchers from the Leeds Doctoral College have helped bring the 'Astronaut Tour,' set to entertain people of all ages with stories of space missions and zero gravity, to the University of Leeds.

Now that he has landed back on Earth, accomplished NASA Space Shuttle pilot and former Commander of the U.S. Navy, Tony Antonelli (main picture), will inspire audiences with remarkable stories of his time in space -- and what it feels like to actually pilot a Space Shuttle.

University Academic Fellow Dr Catherine Walsh, an astrochemist at Leeds’ School of Physics and Astronomy, will give an overview of her ground-breaking research into the formation of stars and planets, which she studies using one of the biggest telescopes in the world.

PhD researcher and event organiser James Miley, from the University of Leeds, said:

“There are countless mysteries yet to be solved from beyond our own planet.

This event will be an unmissable opportunity to learn about life in outer space from someone who has experienced it for themselves.

The Astronaut Tour will take place in the Rupert Beckett Lecture Theatre from 6.30pm on Tuesday 19 February.

Proceeds from the event will go towards the International Space School Trust (ISSET), a UK charity that delivers unique space-related learning opportunities to children.

To buy tickets, visit the Pint of Science website.