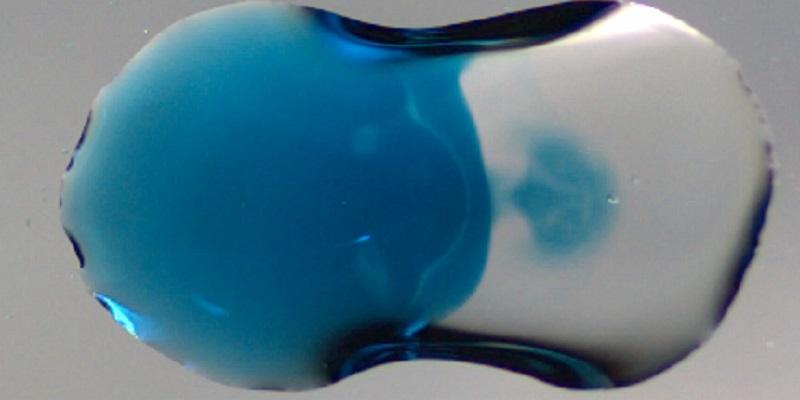 Cameras shooting up to 25,000 frames a second have been used to capture the moment two droplets of liquid come together, opening up research into new applications for 3D printing.

With one of the colour cameras positioned below the droplets and the other to the side, the synchronised system was able to record the moment one of the droplets passed over the other, creating a surface jet that formed less than 15 milliseconds – 15 thousandths of a second – after they coalesced.

Thomas Sykes, a PhD researcher at the School of Computing and lead author of a paper about the study, said the use of high-speed imaging had provided a fresh insight into the complex way droplets behave when they interact – a branch of science known as fluid dynamics.

Mr Sykes, who is part of both the Engineering and Physical Sciences Research Council Centre for Doctoral Training in Fluid Dynamics at Leeds and the Leeds Institute for Fluid Dynamics, said: “The chemistry behind emerging 3D-printing technologies involves having chemicals deposited onto a surface. We often need those chemicals to be positioned in a highly specific way, for example we may want the droplets to lie side by side or for one droplet to rest on another.

“On other occasions we want them to mix completely, to produce a desired reaction to 3D print more complex structures.”

To get the desired droplet behaviour, scientists have tried to alter the surface tension of the droplets, making it easier for them to mix or to remain separate. But how to make that happen in the printing process is poorly understood.

In the study, the use of two synchronised cameras allowed scientists to see what was happening both on the surface and inside the droplets and to make a better assessment of mixing.

Dr Alfonso Castrejón-Pita, an Associate Professor and co-author of the study, based at the University of Oxford, added: “In the past, there have been instances when two droplets impact and you were left wondering whether they have mixed or has one droplet just passed over the other. Having two cameras record the droplet interaction from different viewpoints answers that question.”

3D printing, also known as additive manufacturing, is an emerging technology that has its roots in computer printing. Instead of ink being put down on a page, 3D printers deposit chemicals in layers to build an object, often from a computer-aided design system.

Scientists hope to extend the range and type of products that can be manufactured by 3D printing, for example, high-precision “scaffolds” for tissue engineering in the laboratory, on which human tissue can be grown.

But significant advances in the technology requires a clearer understanding of the way chemicals react when they are deposited by a 3D printer.

Dr Mark Wilson, an Associate Professor at Leeds and lead supervisor of the project, said: “The imaging techniques developed have opened-up a new window on droplet technology.”

“We were able to expose the internal flows, whilst imaging at a sufficient speed to capture the fast dynamics. This experimental setup allows us to visualise how, by altering the surface tension of the droplets, we can alter their behaviour.” 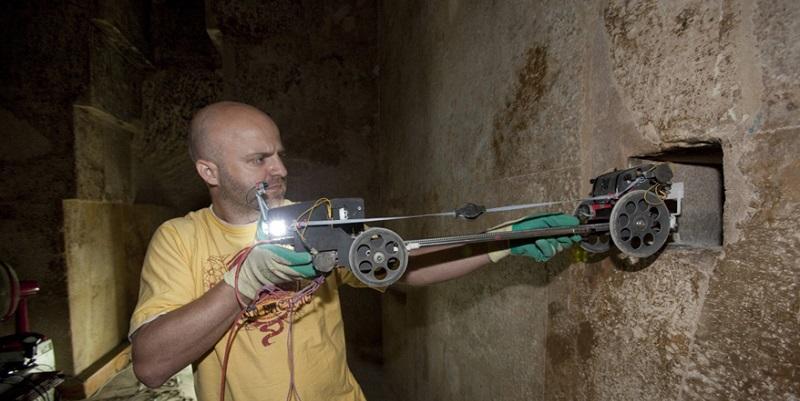 The robot opening a window on an ancient civilisation