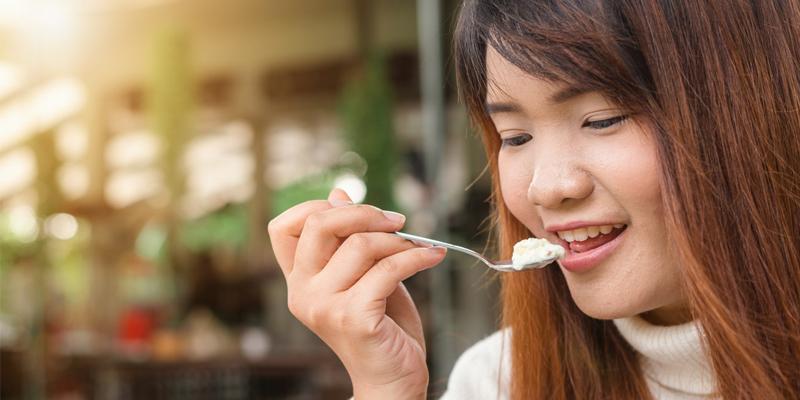 An interdisciplinary team of scientists led by the University of Leeds have uncovered the fundamental mechanism by which human saliva lubricates our mouth.

Dr Michael Bryant, from the School of Mechanical Engineering, was part of the multi-scale study led by Dr Anwesha Sarkar from the School of Food Science and Nutrition which opens the door to advancing dry mouth therapies and saliva substitutes – potentially bringing relief to people who suffer from dry mouth, which can affect swallowing, speech, nutritional intake and quality of life.

Roughly 10% of the general population and 30% of older people suffer from dry mouth, which can be caused by prescribed polymedication, certain cancer treatments and autoimmune diseases.

Previously, the molecular mechanisms that govern saliva’s lubrication properties have not been well understood. This has caused significant challenges in developing effective and long-lasting treatments or therapies for dry mouth.

Now, new research harnessing expertise in food colloid science, mechanical engineering, nanoscience and chemical engineering has demonstrated for the first time that the high lubrication properties of saliva is a result of electrostatic self-assembly between mucin proteins and positively charged non-mucinous small-molecular proteins.

The study, published in the journal Advanced Materials Interfaces, puts forward an unprecedented molecular model that explains the synergistic lubrication behaviour of human salivary proteins from macro to nanoscale.

Study lead author, Dr Anwesha Sarkar, said: “Human salivary lubrication underpins the fundamentals of human feeding and speech. Oral lubrication is crucial not only to one’s daily life functioning but also to one’s general health and wellbeing. However, until now the molecular mechanism behind salivary lubrication properties has remained elusive.

“Our research resolves the distinct roles played by mucin- and non-mucinous molecular proteins. We found that that hydrated mucin controls the macromolecular viscous lubrication, forming a mesh-like nano-reservoir that traps water molecules. Non-mucinous small molecular positively-charged proteins on the other hand act as a molecular bridge between mucin-mucin and mucin-surface within that mesh, aiding boundary lubrication.

“We believe that this work is an important stepping-stone to designing the next-generation of nature-inspired aqueous lubricants for nutritional technologies and biomedical applications.”

This research was funded by the European Research Council (ERC) Project LubSat.