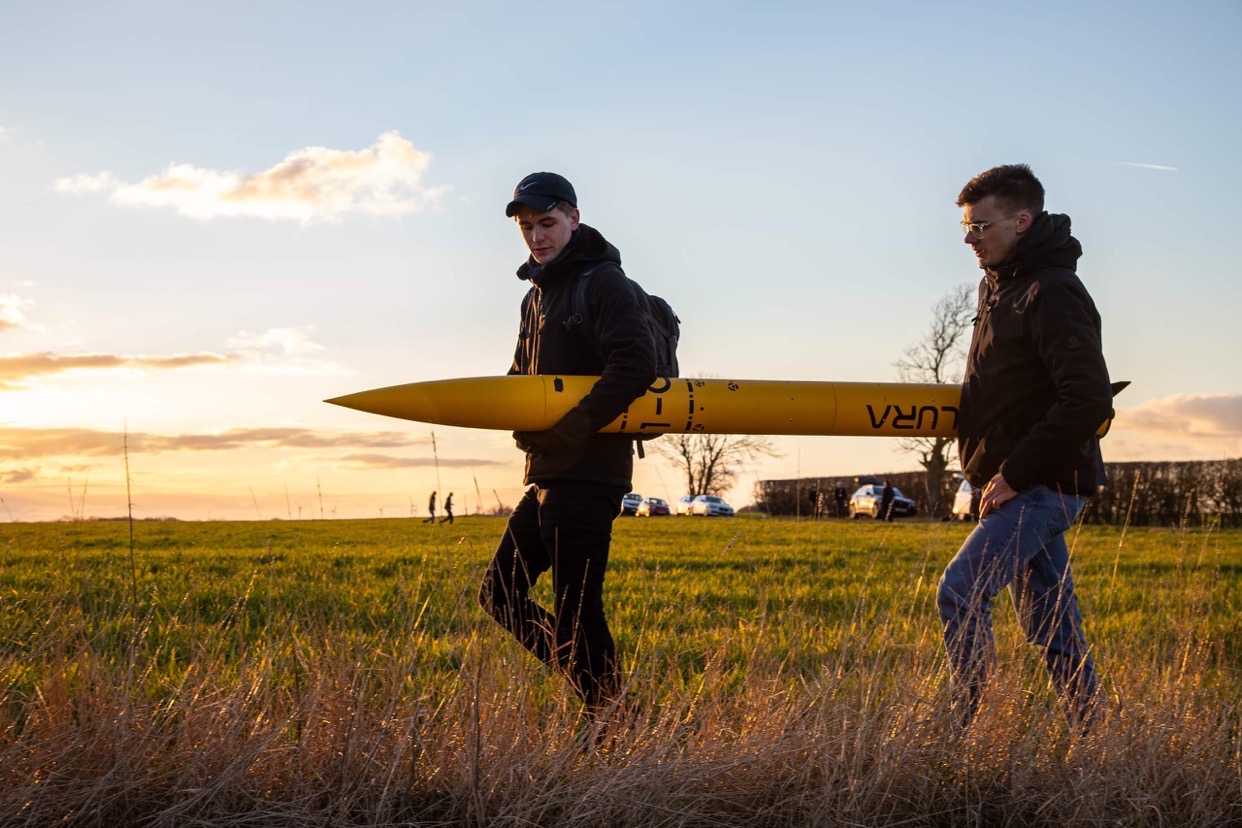 Following in the footsteps of Leeds alum and astronaut Matthias Maurer, the Leeds University Rocketry Association are reaching new heights.

Leeds University Rocketry Association (LURA), are a student-led, multi-discipline engineering team capable of designing, building and flying sub-orbital rockets. Their mission is to prepare the Mars Generation: the engineers, astronauts and technicians that will start the first human colony beyond Earth.

Over the last year, the team have made significant progress, with numerous test launches, gaining sponsors and competing in the Spaceport America Cup 2022 June.

The Spaceport America Cup is the world’s largest Intercollegiate Rocket Engineering Competition for student rocketry teams. Over 140 teams from colleges and universities in 32 countries across the globe compete launching solid, liquid, and hybrid rockets to target altitudes of 10,000 and 30,000 feet.

The journey from Leeds to New Mexico took 27 hours, but the team and the rocket arrived safely ahead of the competition, where their mission was to compete in the 10,000 ft solid motor category with their Gryphon I high-power rocket.

The flight took place on Friday 24th June, the rocket flew on a Cesaroni M-class solid rocket engine providing a maximum thrust of 2680.4 N. It was a successful launch, however, there were a few stressful minutes for the flight team when they lost sight of the rocket in the clouds and heard reports that the parachutes hadn’t deployed and it had hit the ground. Just as they started to lose hope, Freya Segar, Head of Recovery, from the School of Mechanical Engineering, spotted the Gryphon I gliding down to the ground, both parachutes deployed and in perfect condition.

Spaceport America Cup assessed the team’s technical reports and poster as well as the performance of the rocket and the team during the launch campaign. The team won second place in the award for Innovation, which was assessed through a short report and a presentation. This award recognises a team that has found an innovative and novel solution to a specific problem. For LURA, this was their piston ejection recovery system that used 100x less black powder than conventional systems to eject their nosecone and deploy the drogue parachute.

Following the initial awards, on the 8th of August, the final results were announced. On top of the 2nd place Innovation Award, LURA placed 4th in their category and a staggering 8th in the overall Cup. This is the best performance from a UK team at the competition and their technical report was the only one to receive 100% in the entire competition. 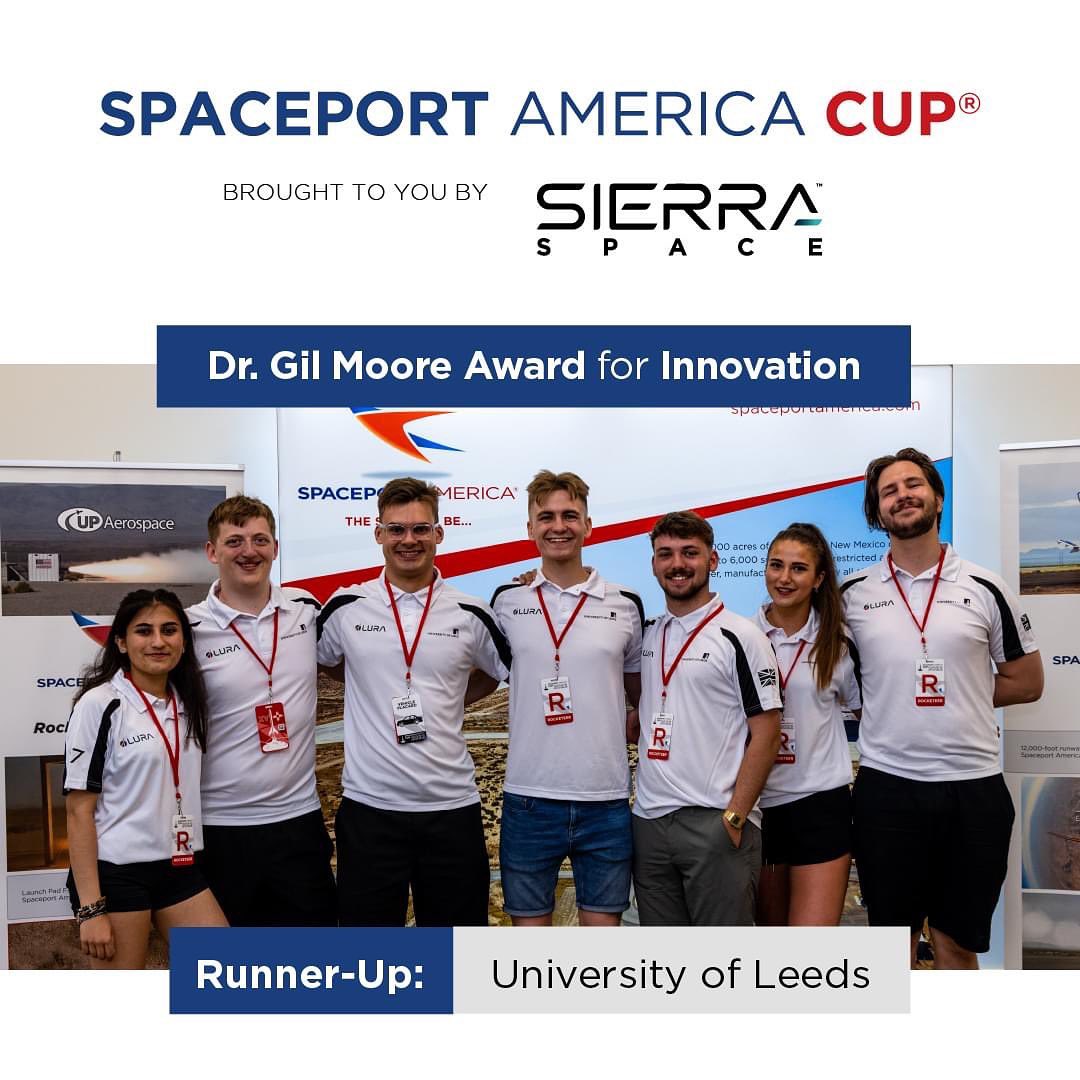 This flight is incredibly significant for the team and the University. LURA started in March 2021 and in the team’s first year, they have successfully built and launched two rockets across three flights, concluding with competing in the most prestigious competitive rocket engineering event in the world.

With the support, personal and professional, of the Mechanical Engineering department, myself and my fellow LURA Senior Leadership teammates have managed to recruit and build a close-knit team of over 30 members, achieving global recognition for our achievements at the world’s largest intercollegiate rocketry competition, the Spaceport America cup hosted in New Mexico USA.

Since the competition in June, LURA has been growing. Throughout the summer the team recruited eight LURA Academy students. Their challenge was to build their own Level 1 kit rocket and launch it to 2,000 ft above the ground. The rocket would contain a payload, designed to carry an egg and ensure it doesn’t crack during flight. The students, split into two teams, had just over five weeks to construct their own rockets and design and build their own payloads, which successfully carried two eggs to nearly 2,000 ft above the ground. The challenge not only developed the academy student’s knowledge of rocketry as well as their team-working and leadership skills.

University is about a hell of a lot more than just lectures and coursework, and I hope that the Gryphon I continues to inspire students to think big and create amazing things long into the future.

What’s next? Learning lessons from their first year as a team, LURA will evolve their design to create a larger, heavy-lift rocket, the Gryphon II. The process, which may last for nearly two years, will include several launches of scaled-down test vehicles. The aim of this is to enter the Spaceport America Cup again. In the build-up to this, the team will conduct the first Gryphon II launch from the UK to test its performance and verify its safety ahead of the competition. 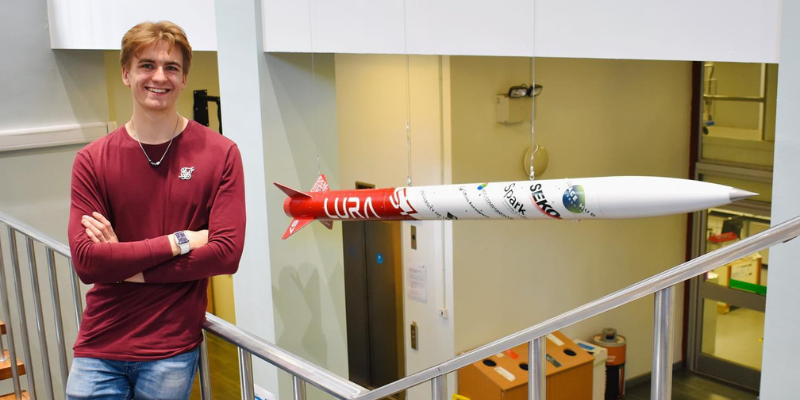 Theo Youds, Founder of Leeds University Rocketry Association with the Gryphon 1 hung in the School of Mechanical Engineering foyer.

The Gryphon II will allow LURA to commence the UK's first-ever University regular experiment launch program. Students from across the campus will fuel their research with experiments flown aboard our sounding rockets.

LURA are looking to connect with sponsors, research companies and alumni within the aerospace sector. Email launch@leedsrocketry.co.uk to speak to the team.

Discover more about the School of Mechanical Engineering.