Cosmic dust from Venus is inspiring technology for cleaner air 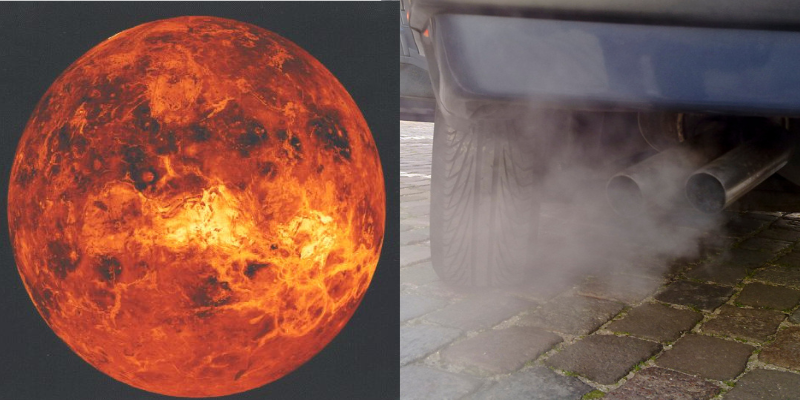 The challenge of cutting carbon emissions could be aided by cosmic dust from extremely hot planets like Venus.

A team from the University of Leeds School of Chemistry is developing a new generation of catalytic convetrters – the devices fitted to exhaust pipes to reduce the release of toxic gases.

Writing for The Conversation, Dr Alexander James says chemistry inspired on the surface of extremely hot planets like venus has inspired the creation of a synthetic material that could improve air quality.

Dr James’ group, based in the Faculty of Engineering and Physical Sciences, is studying the effects of meteoric material (dust arriving from space) in atmospheres – and how an iron silicate powder they created, which replicates this dust, can speed up the conversion of CO to CO₂, as the first catalytic converters in cars were designed to do.

That got us thinking about whether this material could help with other problems, such as nitrogen oxide pollution, which exceeds legal limits in the air of many UK cities. Poor air quality from vehicle exhausts costs tens of thousands of lives annually.

Dr James continued: “We’ve found that not only can the powder simultaneously clean up CO and nitrogen oxide emissions, but it can convert nitrogen dioxide (NO₂, a harmful gas which is specifically regulated) to harmless molecular nitrogen (N₂) and water at room temperature.”

The team is excited to be developing a prototype emissions converter with the potential to radically reduce toxic emissions from combustion engines – read more about their project on The Conversation blog.

Images free to use via Wikimedia Commons: An image of Venus, via NASA, and a picture of automobile exhaust gas via Ruben de Rijcke.