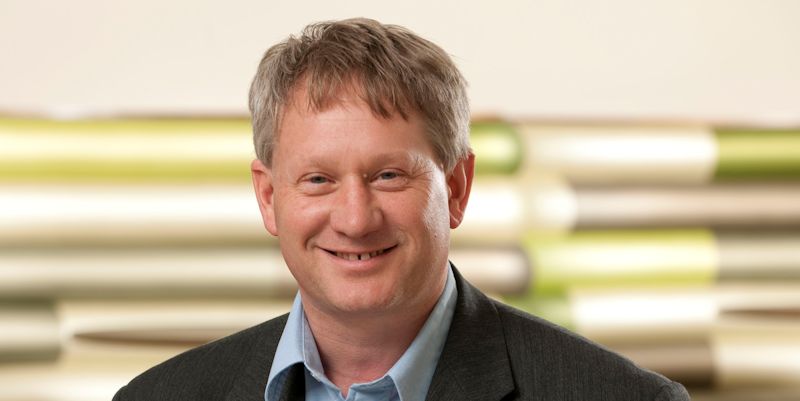 Professor John Blacker has been awarded the SCI Process Chemistry Award 2021 decided by a committee of representatives from AstraZeneca, GlaxoSmithKline, Pfizer and Syngenta.

Professor John Blacker has been awarded the SCI Process Chemistry Award 2021 decided by a committee of representatives from AstraZeneca, GlaxoSmithKline, Pfizer and Syngenta.

This annual prize is awarded to a UK-based academic whose research is relevant to process chemists and engineers, and has the potential to be applied to large-scale manufacturing.

The award was established to encourage the development of new chemical reactions and technologies that solve problems in industrial process chemistry.

It is the 16th time the award has been made, and the first that a Leeds academic has won.

Professor Blacker is Technical Director of the Institute of Process Research and Development (iPRD) and is receiving the award in recognition of his work in processes that involve catalysis, continuous flow processes and reactors, biotechnology and sustainability. He collaborates extensively with academic and industry groups, and his research exploits this interface to find creative solutions to industry problems.

The work in flow processes has focused on reactions and separations in multi-phasic (gas-liquid-solid) systems commonly encountered in industrial processes, a problem previously ignored by academics working in this area.

Collaborating with Professor Nik Kapur, a lab-scale CSTR reactor has been developed that is now sold commercially. The fReactor enables the testing of a wide variety of reactions and processes in flow, and is now being used by many companies and academic groups.

In biotechnology and sustainability, Professor Blacker’s research – on collaboration with Professor Richard Bourne – has developed enzyme and cellular oxidation and hydrolysis processes that use air/oxygen/water to digest bio-waste into sugars and then to monomer precursors for biodegradable plastics (Angewandte Chemie 57(33):10535-10539).

The award will be presented to Professor Blacker at the forthcoming SCI Process Development Symposium being held in Cambridge, on the 30th-31st March.