Academic seeks to ‘open physics to the whole of society’ 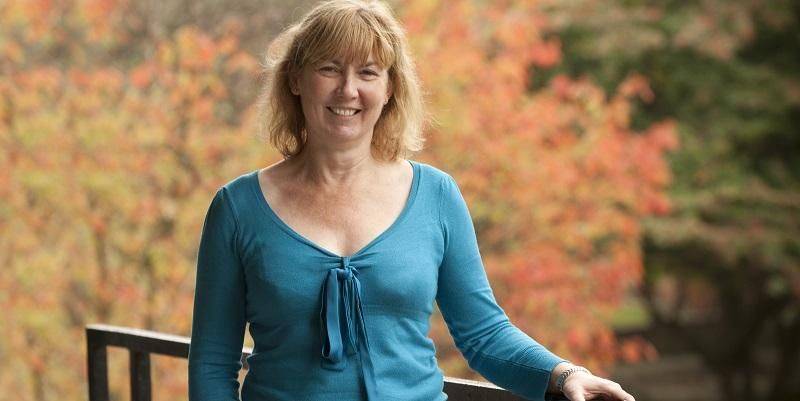 An academic who has championed greater equality in physics is to advise on ways the subject can be opened up to people from under-represented groups.

Helen Gleeson, Cavendish Professor of Physics at the University of Leeds, has been appointed by the Institute of Physics - the professional and learned body for physicists - to provide them with “advice and challenge” on inclusion and diversity.

Professor Gleeson entered the profession in the 1980s, at a time when the overwhelming majority of physicists were men and attitudes prevailed that women were not cut out for “hard science”.

Throughout her career, she has worked to improve equality and diversity.

Over the past two decades, progress has been made on reducing gender inequality but very little has changed in terms of the under-representation of some minority ethnic groups.

Faced with a skills shortage, the Institute of Physics recognises it needs to redress this imbalance, particularly if physics is to play a full role in developing next-generation technologies that will be required to overcome climate change and other global challenges.

Professor Gleeson said: “There has been a strong focus on gender over the past 15-20 years in STEM subjects including physics, as seen with the Athena Swan awards. For example, the proportion of female physics undergraduates has increased nationally from around 15% in the early 2000’s to currently around 23%.

“However, the under representation of some minority groups is a significant issue that hasn’t changed since the early 2000’s. Nationally there are only about 2% black and about 8% Asian descent physics undergraduates.

“Indeed, one of the recent returns from the Higher Education Statistics Agency showed that approximately 83% of physics undergraduates were white, compared with 75% in other subjects.

“The Institute of Physics is keen to help to change this and I’ll be working with them to try to make a difference.”

People from all backgrounds

The new President of the Institute of Physics - Professor Sheila Rowan - has said that one of her priorities is to improve diversity and inclusion.

Announcing Professor Gleeson’s appointment, she said: “Throughout her career, Helen has promoted inclusivity in the university departments where she has worked, both for women and other under-represented groups, and sought to encourage the broadest range of people into physics.

“I am confident her passion for improving inclusivity and her insights will challenge the Council (the Institute’s governing body) to do all we can to make our community a welcoming and supportive place for people from all backgrounds.”

In its strategy, Unlocking the Future, the Institute of Physics says it wants a diverse physics community where “people, no matter their background or where they live, have access to world-class physics education and training”.

Universities can break down barriers

Professor Gleeson added: “Issues around inclusivity and diversity are complex and there are many reasons why some young people from minority groups don’t feel that physics is for them.

“Some of that happens at school where, for example, some young women are still discouraged from studying physics, though it is also important to emphasise that there are many excellent physics teachers committed to diversity and inclusion.

“Universities can help to break down barriers in a number of ways: showing that there are successful academics from a diverse range of minority groups; ensuring that the culture for study and research is inclusive; engaging with schools in outreach programmes.

“There are lots of other ways in which we can make a difference. For example, in the School of Physics and Astronomy at Leeds we host courses for physics teachers, and we modified our work experience week so that the process of applying is clear and transparent - and we explicitly advertise it to all the local schools.

“This means that students who come from families who might not have had any experience of university or what careers in physics might lead to, know about the week and they can apply to attend, whereas previously the school students who came for work experience tended to have parents who knew someone on the academic staff.”

The appointment as a representative to the Institute on inclusion and diversity is unpaid and part time, and Professor Gleeson will continue with her teaching and research at Leeds.

After completing her PhD at the University of Manchester, Professor Gleeson was involved in industry-funded research in optics before joining the academic staff in physics as their first female lecturer, before becoming Associate Dean and Head of School of Physics and Astronomy. She moved to Leeds in 2015 after being appointed Cavendish Professor and head of the Soft Matter Physics Group.