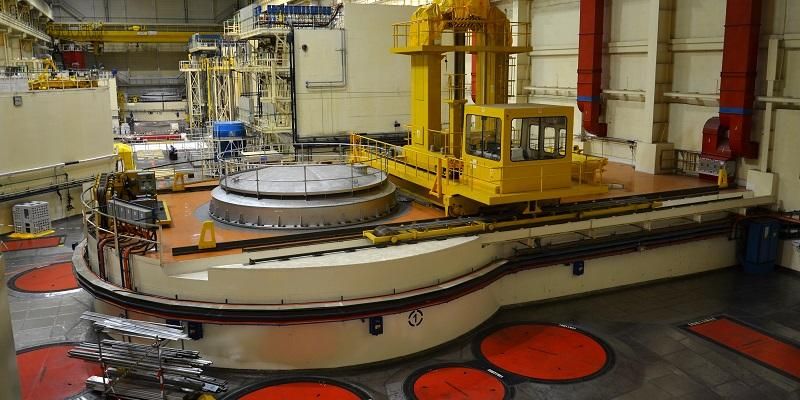 A test rig to help the nuclear industry design new reactors, decommission old ones and better dispose of waste from nuclear reprocessing is to be built at the University.

The rig will not be involved in testing radioactive material.

However, it will enable scientists to investigate what are known as multi-phase fluid flows, where a substance under pressure and heat changes state from a solid or a liquid to a gas or vapour.

Funded with a £2.9 million grant from the Engineering and Physical Sciences Research Council, the facility will be capable of simulating the real-world conditions inside a nuclear plant, allowing researchers to investigate two fluid systems: water and molten salts, both of which are used as reactor coolants.

Not only will the rig allow scientists to investigate the behaviour of the fluids under extreme conditions, but also the equipment used to hold and transport them, such as flasks, pipes and joints – and how they might be corroded by the fluids.

Bruce Hanson, Professor of Nuclear Process Engineering in the School of Chemical and Process Engineering at Leeds, is leading the project. He said: “At the moment, there is no test facility in the UK that provides accurate data on fluids across a combination of phases and fluids. That gap will be plugged by the facility at Leeds.

“The temperature inside a nuclear reactor can reach 300 degrees Celsius. In most conventional reactors, water under high pressure is used as a coolant and in some advanced reactor designs, molten salts are used.

“The nuclear industry wants a better understanding of how these fluids behave and with this facility, the scientific community can begin to get some of the answers industry wants. That will lead to better design of processes and equipment and will lead to accelerated innovation.”

The facility at Leeds will facilitate experimental insight into a number of industrially important areas including:

High-precision instrumentation on the rig will monitor the chemical changes taking place. A high-speed camera will be able to track particles and bubbles. It will have two pilot-scale test beds, one for water and the other for molten chloride (molten salt).

The analysis of fluid flows is a complex branch of science known as fluid dynamics. Computers have been used to develop models that represent multi-phase fluid flow but to ensure the models are accurate, they need to be checked against the results of laboratory investigations. The test rig at Leeds will enable scientists to validate their models.

Building work on the rig will take two years. When completed, it will be part of the National Nuclear User Facility, a suite of world-class experimental facilities across the UK established by the government to foster research and development in nuclear science and technology.