Assessing the problem of poor sanitation

Experts are investigating a better way of measuring the number of people exposed to the health risks of poorly-managed sanitation systems.

And it will help reveal whether the world is on track to deliver UN Sustainable Goal 6 (SDG6).

SDG6 is the aspiration that everyone should have access to safe water and sanitation and that water should be well managed all over the world – the target is to achieve this in the next 10 years.

In some parts of the world, death rates among young children are at levels we saw in the UK at the end of the 19th century and much of that is due to the lack of adequate sanitation.

Progress is monitored by the World Health Organisation and UNICEF, working together as part of the Joint Monitoring Programme (JMP) for Water Supply, Sanitation and Hygiene.

The JMP is advised by high level sector experts, a group of whom was due to meet at the University this week but the meeting was cancelled because of COVID19.

Instead, the experts are being brought together in a virtual conference hosted by Barbara Evans, Professor of Public Health Engineering at Leeds and a member of the JMP advisory group. 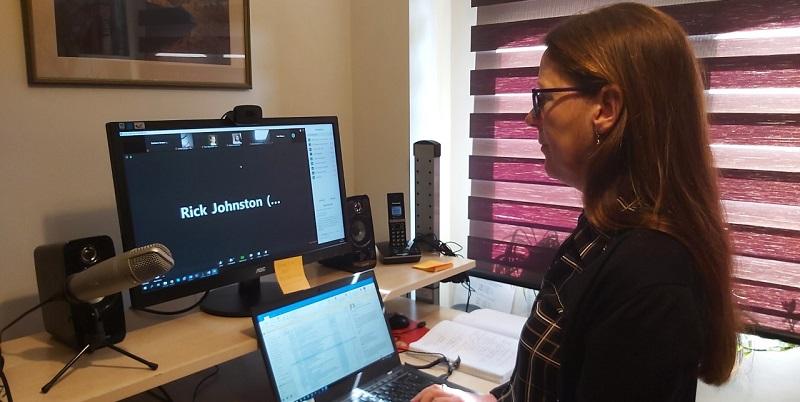 Professor Barbara Evans hosting the virtual conference from her office

They are meeting to support six countries that are seeking to design, test and implement new data collection systems to more accurately estimate how many people across the world use sanitation systems that are not connected to a treatment works - and whether those systems are safely managed.

Known as on-site sanitation, these range from sceptic tanks to pit latrines, and are widely used in low-to-middle income countries as well as in many rural areas in richer countries.

The threat from poor sanitation

The JMP report that 3.1 billion people use on-site sanitation. Very few countries keep data on how the waste material is isolated and treated. In many parts of the world, the system for safely disposing of the sludge has never existed or has broken down. That poses a major risk to human health.

Professor Evans said: “Many of the world’s poorest people rely on-site sanitation and it is those communities that suffer the most when the disposal and treatment of waste sludge from pit latrines, for example, does not happen.

“Or the waste that is supposedly taken for treatment is just dumped into rivers or onto land.

“Ensuring the safe disposal of human waste can bring about a revolution in public health. It can prevent the communicable diseases linked to poor sanitation and dirty water that cause illness and premature death.

“In some parts of the world, death rates among young children are at levels we saw in the UK at the end of the 19th century and much of that is due to the lack of adequate sanitation.

"It is also important to realise that this discharge of huge quantities of faecal waste into the environment can also contribute to the acceleration of anti-microbial resistance in disease-causing organisms.”

The JMP has secured a three-year grant from the Bill and Melinda Gates Foundation to develop a set of data collection techniques that can be rolled out to countries to try and get a better assessment of the scale of challenge that’s needed to ensure sewage waste is safely dealt with.

Professor Evans added: “The aim of SDG6 is to give everyone access to safe sanitation within the next ten years.

“You significantly increase the chance of achieving that when you know the scale of the challenge. At the moment there is a lack of robust data on exactly how many people rely on on-site sanitation and in turn how many of those people face inadequate sludge disposal.”

Scale of the problem

A research study, led by the University, based on work funded by the World Bank and now supported by the Bill and Melinda Gates Foundation, conducted a rapid assessment of sanitation systems in 39 cities. It estimated that less than half of the waste generated by households was safely disposed of.

The untreated waste ended up in storm drains, open water on wasteland or unsanitary dumping grounds. 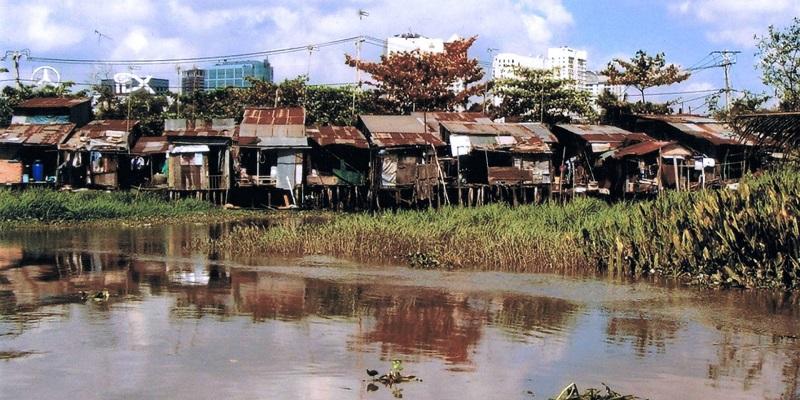 Informal communities which develop around cities can lack access to safely-managed sanitation systems.

Waste sludge collection was often an informal arrangement in communities and was happening outside of any city or municipality regulation.

Professor Evans was one of the first academics to draw attention to the failure of sludge collection systems worldwide. In seminal research undertaken in partnership with the World Bank, she and colleagues drew attention to what they described as the missing link in sanitation services – effective collection and disposal.

The University of Leeds is one of the major UK research centres for public health engineering with projects investigating ways that sludge can be recycled and turned into a substance with monetary value, such as a fertilizer as well as looking at ways cities and municipalities can be helped to develop sustainable sanitation management.