A new mathematical model developed by researchers at the University of Leeds and Uppsala University sheds new light on how major evolutionary groups arise.

The research, published in the journal Science Advances, was led by Dr Richard Mann from the School of Mathematics at Leeds and Dr Graham Budd from Uppsala.

It presents a mathematical birth-death model that may explain a number of puzzling things about the fossil record, including the sudden appearance and diversification of flowering plants, despite a relative lack of ancestors in the fossil record – something Darwin called “an abominable mystery”.

Evolutionary biologists use so-called molecular clocks to estimate when organisms began to diverge from one another, based on the mutation rate of biomolecules. However, molecular clocks are often at odds with the findings of fossil records. 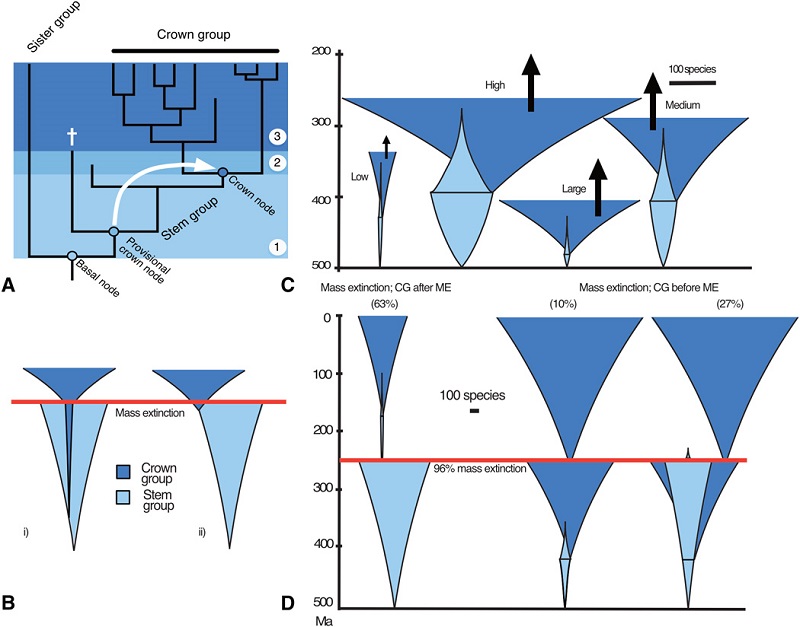 The model suggests that ancestral forms, or stem groups, of modern evolutionary groups tend to be few in number, and rapidly go extinct once their modern forms achieve dominance. Meanwhile, modern forms quickly diversify and overwhelm the stem group, leaving only a small trace of them within the fossil record.

These patterns are disrupted by mass extinction events, such as the meteorite impact that signalled the end of the Cretaceous Period. Such events can mean the dominance and diversity of stem groups is extended – for example, the unusually diverse and long-lived dinosaurs, which are precursors to modern birds.

Dr Richard Mann, an Associate Professor in the School, is one of five academics at the University of Leeds recently chosen to receive a Future Leaders Fellowship from UKRI, which provides funding and resources to promising early-career researchers.