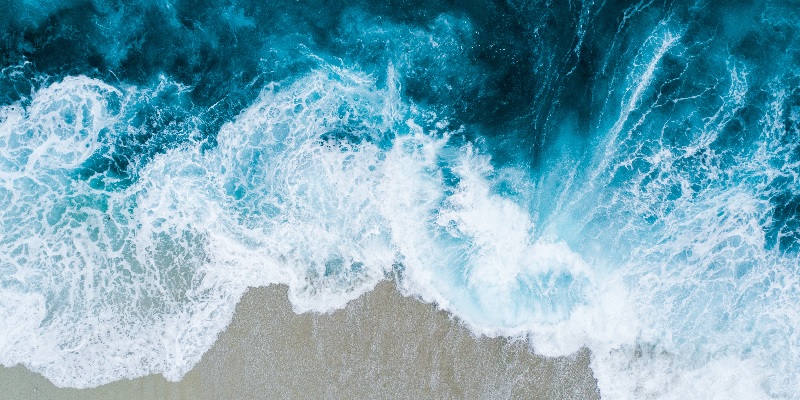 A $4 million (£3.3m) targeted grant has been awarded by the Simons Foundation to a consortium of leading fluid dynamicists, including Professor of Applied Mathematics Steven Tobias.

The foundation, which supports work to advance the frontiers of mathematics and the basic sciences, is funding a research project entitled Revisiting the Turbulence Problem Using Statistical Mechanics. Its targeted grants are reserved for “high-risk theoretical mathematics, physics and computer science projects of exceptional promise and scientific importance”.

Describing turbulence, or the interactions of fluid motion on a large range of spatial or temporal scales – such as the behaviour of breaking waves, storm clouds or even the complicated dynamics in planets, stars and galaxies – has been described as “the last great problem of classical physics”.

Whilst deriving the Navier-Stokes equations for fluids based on Newton’s laws of motion is quite straightforward, solving them for the conditions that pertain in turbulent flows is less so, even with the help of the world’s largest supercomputers. An alternative approach is to derive and solve sets of equations for the statistical properties of the turbulent fluid.

The benefits of finding better ways to describe turbulence are not just theoretical – they will have practical applications in many different disciplines in science and engineering, including aerodynamics, geophysics and astrophysics. For example, the generation of jet streams in planets or of magnetic fields in stars (such as those responsible for the eleven-year solar activity cycle) may be explained if a statistical theory can be developed.

Revisiting the Turbulence Problem brings together an international team of mathematicians, physicists and engineers from the USA, UK, France, Austria and Israel, who will apply novel techniques in non-equilibrium statistical physics to the problem.

Professor Steven Tobias is a member of the team that will investigate Theory of Turbulence-flow Interaction, one of the four main strands of the project.