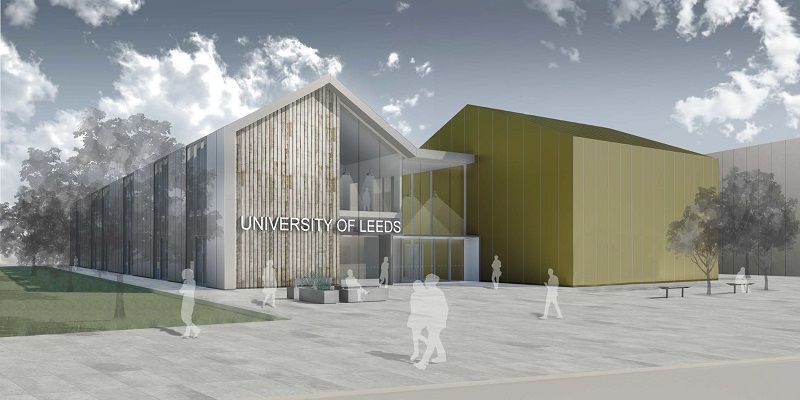 Leeds City Council’s Plans Panel has given the green light to support the University’s application to develop a site that will host large-scale research and experimental facilities.

The site, to be on the outskirts of Leeds, will provide space to collaborate with industry on major research initiatives, including large-scale experiments and testing in high-speed rail and infrastructure materials.

It will include the University’s new Institute for High-Speed Rail and System Integration, providing Leeds City Region with a major hub for high-speed rail innovation in track infrastructure and dynamics, rolling stock technology and system integration.

A centre of excellence for high-speed rail

The Institute offers a ‘complete system’ approach to high-speed rail engineering, creating an unrivalled centre of excellence for high-speed rail planning, design, construction and manufacturing in the UK.

The proposed plans will co-locate the Institute with the confirmed home of the new HS2 depot at Gateway45 to the east of the city, which will maintain and service the brand new high-speed trains.

The combination is already attracting significant interest from within the conventional and high-speed rail sectors and their supply chains, ensuring the region benefits from the predicted economic growth from the HS2 project.

The site will also include the University’s Centre for Infrastructure Materials, created to support one of the key foundations of the UK’s Industrial strategy. It will develop and test the long-term impact of changing conditions on the wide range of materials used to construct built environments around the world.

The Centre’s research will examine materials’ performance from the nano-scale through to life-sized structures, including accelerating the ageing process so that performance over 50 or 100 years can be simulated in months.

Researchers will look at materials... materials of the future, such as alternative cements and bio-based plastics which require less energy and raw materials to produce.

Researchers will look at materials that are widely used today, such as cement, concrete and steel, as well as materials of the future, such as alternative cements and bio-based plastics which require less energy and raw materials to produce.

The site will also include the capacity to develop other major research areas such as robotics.

Leader of Leeds City Council, Councillor Judith Blake said: “It is very pleasing to see this development by the University of Leeds which has world-leading research and innovation potential be approved by the plans panel.

“It will establish the university and Leeds as a centre for excellence in high-speed rail as well as engineering and manufacturing promoting specialist skills and driving economic growth, investment and job creation.

“It will also provide a further major boost to the Leeds City Region Enterprise Zone, which continues to grow each year as a key economic asset for the city and wider region.”

The plans complement Nexus, the new centre for innovation located on the main campus, which enables businesses from all sectors to connect with the expertise, talent and facilities at the University of Leeds.

The development of both Nexus and these new facilities... [will position] the Leeds City Region as a global Centre for technology development and inward investment potential.

Professor Peter Jimack, Executive Dean of the Faculty of Engineering, said: “The development of both Nexus and these new facilities is a big boost to the region, complementing the Leeds Inclusive Growth Strategy and positioning the Leeds City Region as a global Centre for technology development and inward investment potential.”