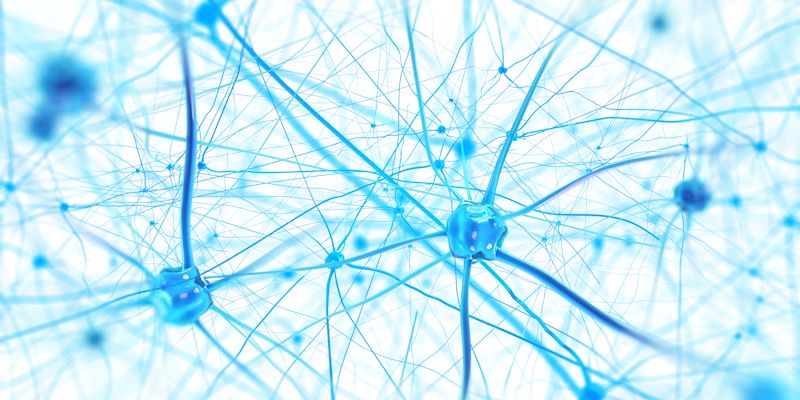 A meeting 20 years ago between two academics from opposite ends of campus sparked a research programme which is offering new hope to stroke survivors.

“It wasn’t something I knew anything about at all,” says Martin Levesley, recalling that first meeting with Bipin Bhakta from the Faculty of Medicine and Health.

“My field was aerospace,” says Martin, now Professor of Dynamics and Control in the School of Mechanical Engineering. “I’d come to Leeds to work on vibration engineering, so Bipin’s idea came completely out of the blue.”

The idea was simple: “He asked if we could build a robot which would mimic the work of a physiotherapist and help people who have suffered strokes to regain the use their arms and hands. He said ‘You’re an engineer, surely you could do this. How hard can it be?’ It was a fascinating challenge.”

It addressed a particular need for the stroke patients who Dr Bhakta – later Professor of Rehabilitation Medicine – treated at his clinics in the Leeds Teaching Hospital NHS Trust.

“Typically a stroke destroys vital connections which allow us to carry out basic motor tasks,” Martin explains. “Physiotherapy is aimed at rebuilding neural pathways, so patients “re-learn” how to send signals from their brain to their hands and arms and regain the function they enjoyed before the stroke.

Though crucial to the patients’ independence, physiotherapy on the upper limbs is not the prime focus of their treatment. Instead, the NHS – pressed for space and resources – is focused on patients’ lower limb movement, so they can be up and moving. “The focus is really on getting people out of hospital to receive their care in the community,” says Martin.

Bipin saw robotics as the way to overcome these challenges. A device which patients could use in their own home would give them physiotherapy as frequently and for as long as they wish without the need to visit hospital; by linking the device to a computer screen the exercises could be made more stimulating and interesting.

After years of research, testing, trial – and plenty of error – Martin and his team have built MyPAM, a robotic joystick which patients can use in their own home to complement the hands-on treatment they receive from their physio.

The exercise takes the form of a computer game. The Leeds team has created a virtual world in which users tend an on-screen garden – and where the robot arm allows you to rake the lawn, sow the seeds and water the plants, each of them a valuable use of their limbs. Another game is set within a wacky world of banana-grabbing monkeys.

Initially, the robot moves the patient’s arm by itself, but in time, as the patient gains their own strength and movement, they begin to control the robot themselves. The robot is programmed to react to how the patient is responding to the treatment to gradually offer them more and more independence of movement. The results are then sent remotely for a therapist to examine.

Trials of the device yielded promising results. Seventeen patients were given the robot to use over a period of six to eight weeks – and in almost every case it proved a success. “We have clinically significant data to show that people’s upper limb movement has improved,” says Martin. Crucially, those improvements continued even after they stopped using the machines, as though the robot had catalysed further recovery in the weeks after it had been taken away. It even worked for patients who had suffered their stroke some years earlier.

The project's success has fired the ambition of the team to make the therapy more widely available and their plan now is to build a fleet of at least ten devices to progress to a full clinical trial. At present they cost around £5,000 each – which includes the robot arm, a computer and the official certification needed to show it is safe to be used as a medical device.

“When we started we had no idea whether this would work,” says Martin. “We’re now confident it does. There isn’t anything else out there which will recreate traditional physiotherapy.”

Sadly, Professor Bhakta did not live to see his dream reach fruition. He died in 2014, and now Martin is passionately determined to deliver on the vision of his friend and colleague: “I have 10 or 15 years left in my own career. I just want to see this happen.

“After all, to echo Bipin’s question, how hard can it be?”

To find out more about how you can support the MyPAM project, and help stroke survivors regain their mobility and independence, visit our Stroke Rehabilitation Robotics appeal site.