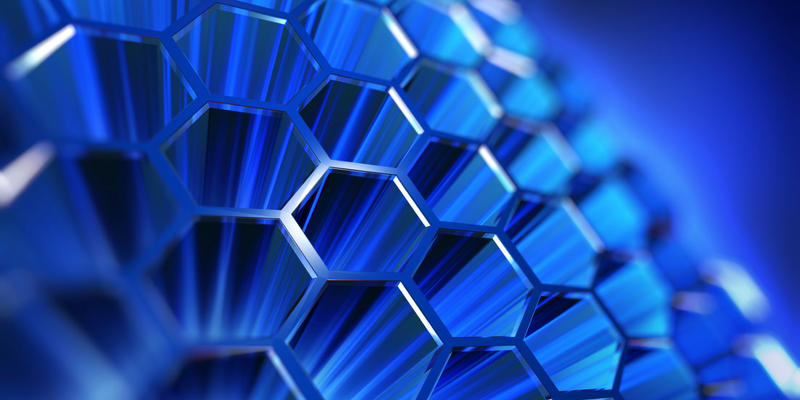 Research conducted by the University of Leeds has found a new material that could be used for broadband planar waveguide amplifiers.

A material created by doping glass made from zinc, sodium, and tellurium with the rare-earth element erbium could be used for broadband planar waveguide amplifiers. Scientists have started testing planar waveguides for use in signal transmission in place of long optical fibers, as waveguides make miniaturization easier. Electronic transition for erbium occurs at 1.5 μm — the standard wavelength in telecommunications technologies.

Researchers used ultrafast laser plasma doping to incorporate erbium ions as thin films in a silica substrate. A high-intensity (femtosecond) laser was aimed at the surface of the erbium-doped glass, blasting a tiny crater into the glass and producing a thin film from the plume of ejected material.

During the film formation process, researchers focused their measurements on the ablation threshold of the glass (i.e., the minimum energy required to separate atoms or molecules by intense laser irradiation). Researchers then determined how the ablation threshold in their system was affected by the radius of the laser beam, the number of laser pulses, and the concentration of the erbium ion dopant.

Although the research conducted by the University of Leeds team focused exclusively on erbium ions as the dopant, researcher Thomas Mann said that the results could be applicable to other dielectric materials processed with ultrafast lasers.

The team also looked at the shape and characteristics of the tiny craters blasted into the glass, to better understand how to control properties such as porosity, surface area, and the ability of the material to scatter or absorb light.

“These properties are important for engineering other dielectric materials for surface area-demanding applications in photocatalysis, sensing, fuel, and solar cells, and light extraction in LEDs,” Mann said.

The next phase in the research will involve more precise engineering of thin films and waveguides for amplifiers, sensors, and other devices.

For the continued development and miniaturization of integrated optics, transitioning from long optical fibers to planar waveguides is necessary, the team believes. Out of the various optical materials investigated, tellurite-based glasses have proven to be particularly promising due to their high refractive index, low phonon energy, high rare-earth solubility, and large emission bandwidth.

Photonics - Glass Doped with Erbium Could Be Used for Optical Circuits