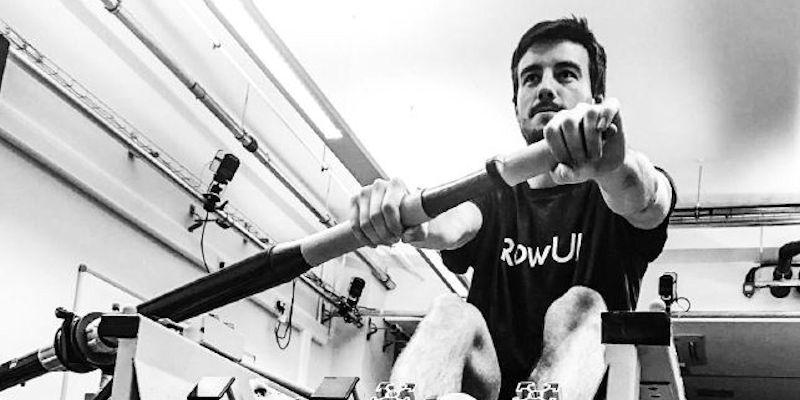 RowUK believes in the evidence-led and long term development of young people as athletes, scholars and citizens.

The RowUK team spoke to University of Leeds Masters student Cormac Nolan about his research project on footplate design, which was overseen by Dr Todd Stewart of the School of Mechanical Engineering.

What is the title and objectives of your research?

‘Biomechanics of Simulated Rowing’. There are two main objectives; to compare the kinematics of rowing between Swingulator and ergometer rowing, and investigate the kinetics of the lower limb during Swingulator rowing.

How did you approach this project?

We used a standard ergometer and Swingulator with force plates added to the Swingulator to investigate the kinetics. Motion capture and analysis software Qualysis and Visual 3D were used to calculate each kinematic variable. I conducted the research under the supervision of Dr Neil Messenger and Dr Todd Stewart, neither of whom are rowers.

Do you think having no rowing experience is an advantage to this sort of research?

As a keen sportsperson I was aware of the basic concepts of rowing, however, I had to gain a more advanced knowledge. I began the research with an open mind and was willing to investigate things that had not been talked about before in rowing literature.

What stage is your project at?

We have shared some initial findings with the GB Rowing Team, Janousek & Stampfli Boats and of course, RowUK. I'm trying to provide information for them to advise on future work. As one of the first studies using this equipment we have created a strong base of knowledge. We need to decide what interesting parts we should investigate further and design more experiments to keep the research current and moving forward.

Do you think this research has any other applications?

I think it would be very beneficial for people to see, not only the data presented, but a visual representation of the rowing stroke. This would provide athletes and coaches with all possible viewpoints which they may be able to use to analyse technique.

If you could give rowers one top tip following this research project, what would it be?

It's tough to give any athletes tips as a non-rower and I'm sure coaches wouldn't be happy with me giving them advice! However as a general tip from this research I would say that there's always things to learn, so keep an open mind.

To find out more about RowUK visit their website.