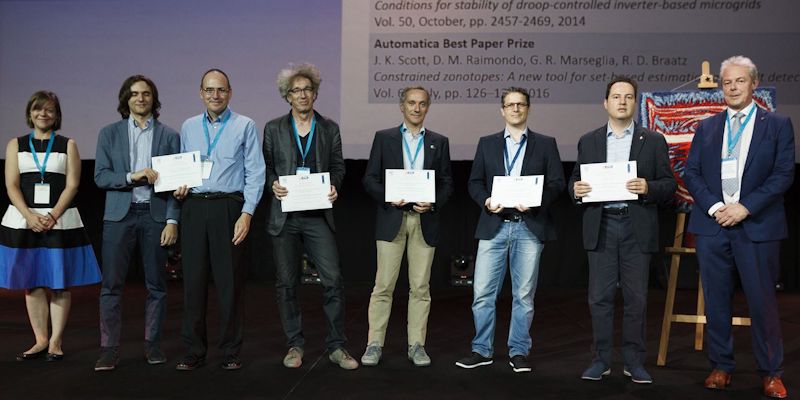 The winning paper, entitled 'Conditions for stability of droop-controlled inverter-based microgrids,' is published in the IFAC journal Automatica.

At each Triennial IFAC World Congress, the prize is awarded to the authors of three selected papers published in Automatica in the three years preceding the Congress.

Dr Schiffer’s paper was noted for its outstanding contributions to the theory and practice of control engineering, and was awarded over the years 2014-2016 in the ‘Application’ category.

Dr Schiffer was awarded in addition to other prize recipients at the Congress.

The prize funds are provided by the publisher of Automatica, Elsevier Ltd. The prize was officially awarded on 14/07/2017 during the Closing Ceremony at the IFAC World Congress 2017 in Toulouse, France.