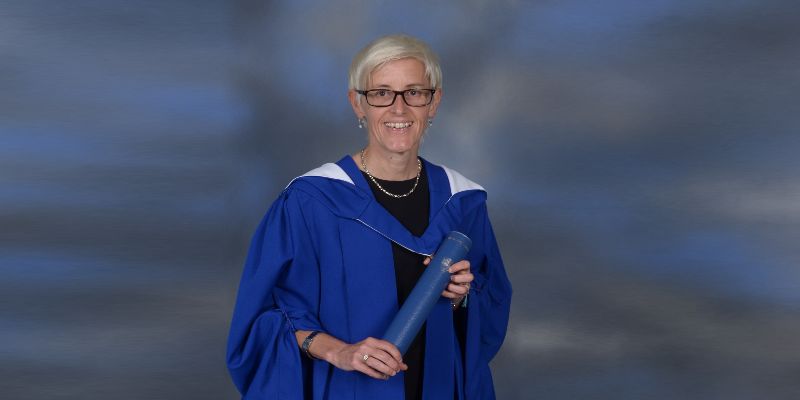 Professor Anne Neville, RAEng Chair in Emerging Technologies at the University of Leeds, was awarded a Doctorate of Engineering.

Around two thousand of the University’s three and a half thousand graduands from around the world attended the summer ceremonies at Edinburgh Campus and in Galashiels.

One of the six honorary graduates at this year’s ceremonies is Professor Anne Neville, RAEng Chair in Emerging Technologies and at the University of Leeds, who was awarded a Doctorate of Engineering in recognition of her service and dedication to inclusivity in engineering and her research impact span, from oil and gas technology to surgical and medical applications.

The University also recognises the Institution of Mechanical Engineers Prestige Award (James Clayton Prize) to her for advancing modern engineering science in 2016.

Professor Neville is the Royal Academy of Engineering (RAEng) Chair in Emerging Technologies and Professor of Tribology and Surface Engineering at the University of Leeds.

Professor Neville is a mechanical engineer with a specific interest in corrosion, tribology and processes that occur at engineering interfaces. She graduated from the University of Glasgow (BEng, 1st Class Hons) in 1992 and received her PhD in corrosion science/engineering in 1995 from the same department. She conducted an experimental study of corrosion and tribocorrosion processes on high alloy stainless steels and Ni-alloys and her work led to an increased understanding between the synergies that exist between corrosion and wear processes.

Following her PhD, she was appointed as a lecturer at Heriot-Watt University, and began to build her research team. This team grew to 25 researchers in the following years. In 1999, she was promoted to Reader and then Professor in 2002. Anne and her group moved to Leeds in 2003 where she is now Director of the newly formed Institute of Functional Surfaces (iFS) which comprises 70 researchers. The institute has a funding portfolio that spans many agencies and industrial sectors including medical, oil and gas & automotive.

In 2005, Professor Neville was elected Fellow of the Royal Society of Edinburgh; she was elected Fellow of the Royal Academy of Engineering (FREng) in 2010. Professor Neville was awarded the Donald Julius Groen Prize for Tribology in 2012, the 2014 STLE Wilbert Shultz Prize, and the Royal Society Wolfson Research Merit Award in 2013. In 2014, she was selected as an EPSRC RISE Fellow. She was the first woman awarded the James Clayton Prize and Royal Society Leverhulme Medal in 2016. She was awarded OBE in the New Year’s Honours in 2017.