Faculty of Engineering and Physical Sciences news Friday 5 May 2017 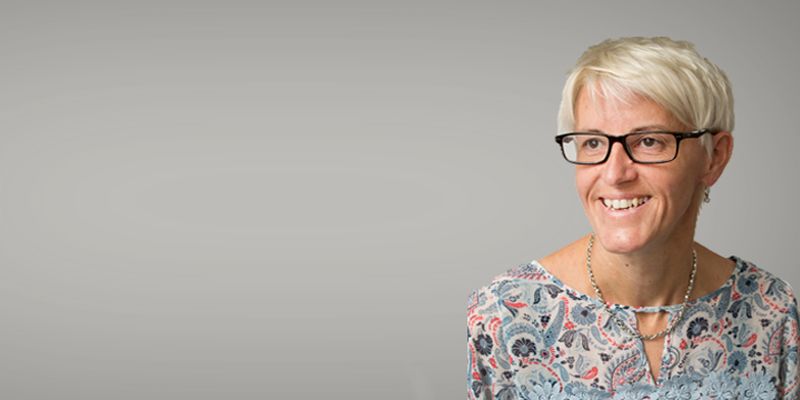 The Royal Society has elected Professor of Engineering Anne Neville to its fellowship, in recognition of her substantial contribution to the field of corrosion and tribology research.

Professor Neville will be officially admitted to the 357-year-old society in July at a ceremony in London. The announcement places her among world-leading scientists from Sir Isaac Newton to, Stephen Hawking, physicist Dame Athene Donald and inventor of the internet, Sir Tim Berners-Lee.

Fellowship is the most significant honour which can be given to UK scientists, highlighting Professor Neville’s research expertise in the study of processes occurring between surfaces such as corrosion, tribology and crystallisation.

Professor Neville said: “The Royal Society is a hugely respected organisation and I am deeply honoured to be elected to the fellowship. Over the last two decades I have been able to work with and lead many highly skilled researchers, both at Leeds and previously at Heriot-Watt University; I’m delighted the discoveries we have made have been deemed important enough to justify this recognition.

“Our work is underpinned by the desire to use the best engineering science to advance the understanding of multi-scale and complex interfaces. These can be in engines powering automotives, in pipelines transporting crude oil, in implants to restore human joint function or in microelectronic systems.

"We have, I hope, contributed to the efficient recovery and use of natural resources and to the reliability of medical devices.”

The University is very proud of Anne's scientific achievements, and her contribution to the economy and society.

A significant amount of Professor Neville’s work involves using advanced surface analysis techniques and high-powered electron microscopes to understand at the nanometre-scale how processes will affect a system or object’s performance.

Each year the Royal Society, the oldest learned society in the UK, admits up to 52 new fellows. It began admitting women in 1945, and Professor Neville joins an elite group of female engineering fellows including Dame Ann Dowling, President of the Royal Academy of Engineering.

New fellows are elected to the Royal Society by existing members, already renowned experts in their field, making Professor Neville’s appointment all the more significant.

University of Leeds Vice-Chancellor Sir Alan Langlands said: “Anne Neville is a distinguished engineer with an international reputation for excellence. Fellowship of the Royal Society is the highest honour that can be bestowed on a British scientist and the University is very proud of Anne's scientific achievements, and her contribution to the economy and society. All staff and students at Leeds send her our hearty congratulations.”

Welcoming Professor Neville and the 2017 fellows, Venki Ramakrishnan, President of the Royal Society, said: “Science is a great triumph of human achievement and has contributed hugely to the prosperity and health of our world. In the coming decades it will play an increasingly crucial role in tackling the great challenges of our time including food, energy, health and the environment. The new fellows of the Royal Society have already contributed much to science and it gives me great pleasure to welcome them into our ranks.”

On 1 January this year, Professor Neville was made a member of the Order of the British Empire; she is also a Fellow of the Royal Academy of Engineering, Royal Society of Edinburgh and Institution of Mechanical Engineering.

She is the current holder of The Royal Society’s Leverhulme Medal and the Institution of Mechanical Engineering’s James Clayton Award among other accolades.

At the University she is Director of the Institute of Functional Surfaces in the Faculty of Engineering and holds the Royal Academy of Engineering Chair in Emerging Technologies.

Professor Neville is available for interview, contact Peter Le Riche in the University of Leeds press office on 0113 343 2049.