Battling superbugs with the power of knowledge 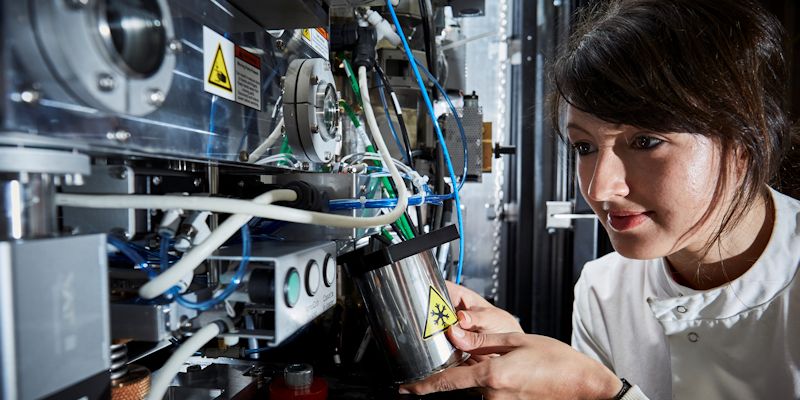 In the last 60 years humankind has come to rely on the wonder-cure of antibiotics to solve a multitude of ills by inhibiting disease-causing bacteria and curing potentially fatal infections.

However, misuse of antibiotics can lead to certain bacteria becoming immune to the effects of antibiotics, preventing us from getting better. This is known as anti-microbial or antibiotic resistance.

The O’Neill Report on anti-microbial resistance published in May 2016 highlighted that unless the world acts to tackle this issue now, by 2050 there could be up to 10 million deaths due to infections that are non-responsive to antibiotics.

Already, today, an estimated 700,000 deaths worldwide are related to anti-microbial resistance. The report identified that overuse of antibiotics is driving resistance.

As bacteria become resistant to a rapidly increasing number of the currently available antibiotics, and new cures become more difficult to find, the World Health Organisation has declared 14-20 November as World Antibiotic Awareness Week to keep international focus on the issue.

Among them, the University of Leeds is determined to play a key role, as part of its commitment to engaging in world leading research which impacts on the great issues we face.

Professor Mark Wilcox, from the University’s Faculty of Medicine and Health, plays a vital role at national and international levels as Chair of a Public Health England's Rapid Review Panel, which grades  the usefulness of infection prevention and control products for the NHS.

He is also Deputy Chair of the Department of Health’s advisory committee on Antimicrobial Resistance and Healthcare Associated Infection.

Professor Christoph Wälti, from the Faculty of Engineering at Leeds, is another leading researcher tackling antimicrobial resistance. He says resistance to antibiotics can spread around the world much more quickly than people may expect.

Professor Wälti said “We live in a global society, people travel a lot and when you look at maps of how a resistant bacteria travels from A to B it moves very quickly.

“It can be as little as months or maybe a year for a resistance to a certain antibiotic to occur in different parts of the world. We live in a global society, people travel a lot and when you look at maps of how a resistant bacteria travels from A to B it can move very quickly."

Knowledge through time and dedication

As far back as 1996, the University founded the Antimicrobial Research Centre in response to the growing problems of bacterial resistance to antibiotics.

Work in the 90s on the molecular basis of bacterial resistance to existing antibiotics was carried out to provide opportunities to circumvent resistance at the molecular level. This work laid the foundations for much of the University’s modern research leadership in this area.

In the 1970s and 1980s, new antibiotics were being discovered frequently which meant as one drug lost its bacteria-busting capability, so another came along which attacked bugs in a different manner.

Now though, scientists including Professor Wälti say the process for creating new drugs has slowed and few new antibiotics are expected to become available in the near future.

A new five-year project at the University will contribute to reducing dramatically the time taken to diagnose different types of infection. This will be done by more rapidly determining whether a virus rather than a bacterium is responsible for some patients' symptoms. A new test could be used to avoid unnecessary antibiotic prescribing and so reduce the pressure for resistance development.

In May 2016, the University secured a £3.8million grant funded by the Antimicrobial Resistance Cross Council Initiative, which is a collaboration of all seven UK research councils, to carry out this work.

Experts from the Faculties of Medicine and Health, Engineering, and Biological Sciences are collaborating on the project.

It will result in a portable device which can be used in GP surgeries or at the bedside. It will contain complex sensors to diagnose within 10 minutes whether a patient is suffering from a disease caused by a virus or by bacteria. Currently, similar tests can take many hours.

With evidence available much more quickly, GPs or A&E doctors could treat patients using drugs they know are effective to treat an individual's illness.

Dr Jeuken explained that key to cutting down the timescale for accurate diagnoses will be the development of new molecules which can bind biological samples to electronic sensors within the device, to produce a signal which can be read and used by medical staff.

The technology will integrate electronics with biological molecules and fluidics, relying on the expertise of Professor Nik Kapur and colleagues from the Faculty of Engineering.

This relationship takes place at the molecular level using ‘capture molecules’ that bind to ‘marker’ molecules present in the body as a result of an infection.

New artificial antibodies called Adhirons developed by Professor Mike McPherson and Dr Darren Tomlinson from the Faculty of Biological Sciences will be adapted for use. The University has licensed these molecules to Avacta Life Sciences as part of its Affimer platform.

Testing and validation of the new technology will be carried out by clinicians including Professor Wilcox, Dr Jonathon Sandoe and Dr Andrew Kirby, working in the Faculty of Medicine and Health, Leeds General Infirmary and at St James' Hospital. They will ensure lab-based trials can be reproduced in a clinical laboratory setting. 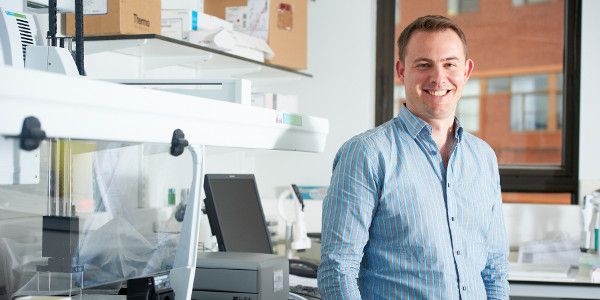 Dr Michael Messenger will be involved in testing the device for clinical use.

The Leeds Diagnostic Evidence Co-Operative led by Dr Michael Messenger, will oversee the translation of the technology from the university’s labs into medical use.

As well as being a rapid test for many well-known infections, the technology will be specifically designed for use by hospital-based medics dealing with potential Clostridium Difficile infections (CDI). This will draw on the world-leading work carried out by the Professor Wilcox in this field.

The intention through this strand of work is to use the same device to detect whether the patient’s symptoms are indeed a result of CDI, so they can be treated with an appropriate antibiotic. 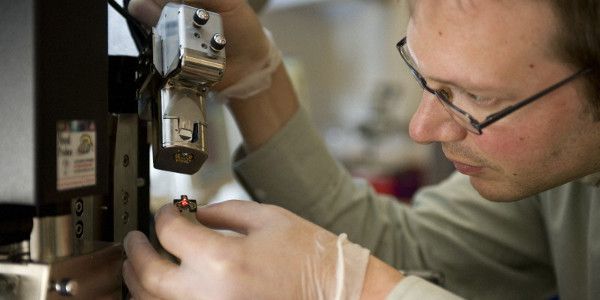 Professor Christoph Wälti is the principal investigator in the project to create the portable testing device:

“A lot of people go to the doctor for antibiotics with common cold symptoms, but antibiotics will not help all of them, because the cause of their illness is not bacterial; it may be viral or fungal.

“The issue worldwide, which the O’Neill Report identified, is that overuse of antibiotics is driving anti-microbial resistance.

“The intention is for GPs and primary care providers to reduce significantly the number of antibiotic prescriptions. Doctors say they want something which can prove to patients that they do not have a bacterial illness, so they do not have to prescribe unneeded drugs.

“Existing diagnostic technology has limitations, which include sensitivity and the time to produce a verdict. We are developing the next generation of such technology to address the huge challenge of AMR.

“The key to this whole project is we have everything we need in place; there is a natural relationship between the people, the research and the infrastructure here at Leeds, which is so vital to making this happen." 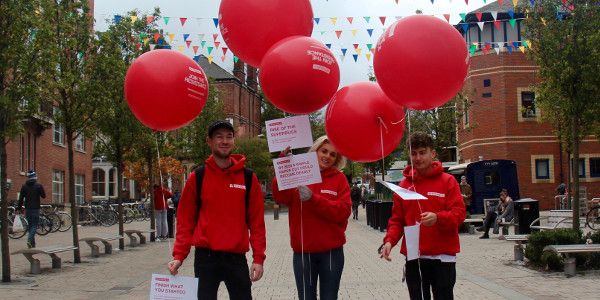 Students raising awareness of the need to treat antibiotics with respect (Courtesy #seriouslyresistant).

On top of the research which academic staff carry out, the University community supports increased awareness of the need for control and proper use of antibiotics. Staff and students are being encouraged to pledge to become Antibiotic Guardians by taking antibiotics as they are prescribed, taking steps to reduce the spread of germs and to challenge bad practice.

Students are also signing up to the #seriouslyresistant campaign which has similar aims.

In addition to the ongoing project to create the rapid diagnostic device, numerous researchers are working in related fields at Leeds, thanks to the University’s breadth of expertise. 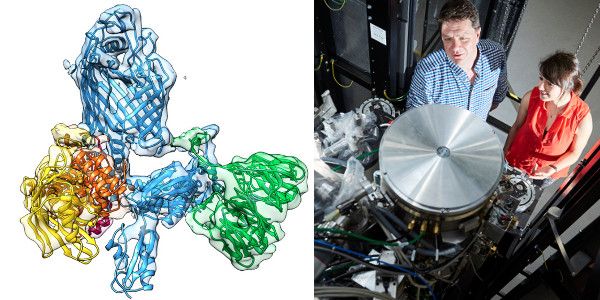 The University of Leeds has committed to using its huge breadth of research capability to making a sustained focus on tackling the great global challenges of our time, of which anti-microbial resistance is one. Read more here about the University's commitment.

Journalists requiring more details or interviews with academic staff should contact Peter Le Riche in the University of Leeds press office on 0113 343 2049 or email p.leriche@leeds.ac.uk.

The lead picture above shows Dr Rebecca Thompson from the Faculty of Biological Sciences operating the University's cryo electron microscopes. This equipment will play a key role in studying protein operation to help researchers understand more about how bacteria become resistant to antibiotics. 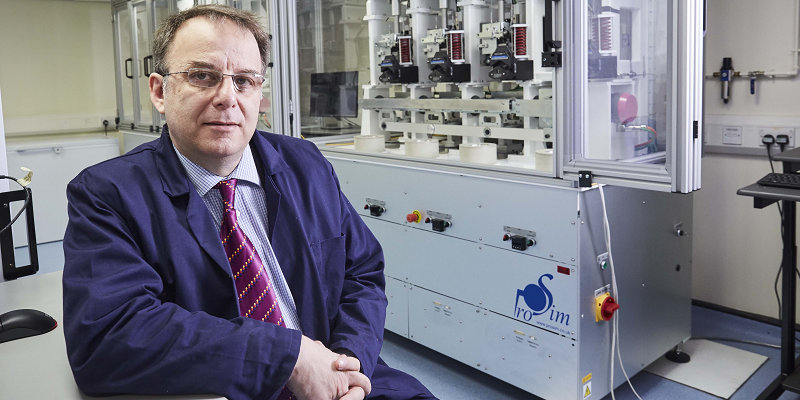 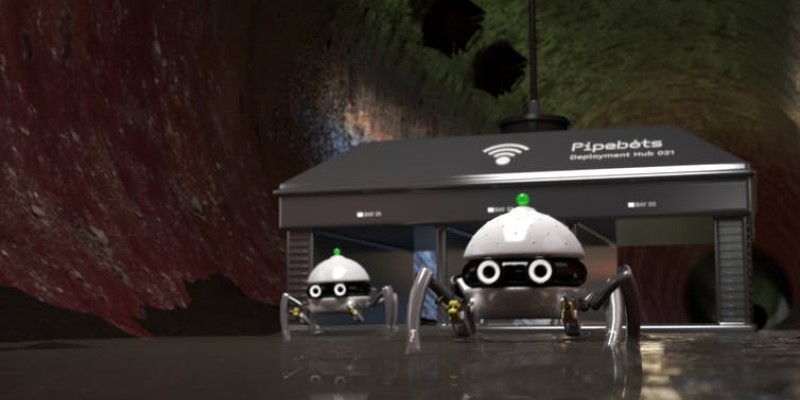 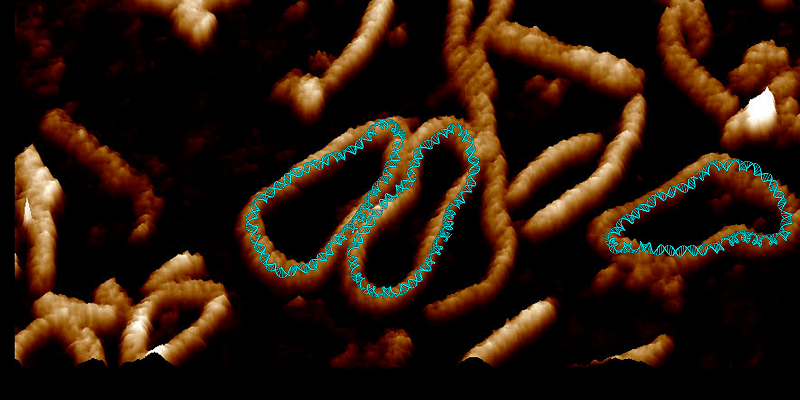