Faculty of Engineering and Physical Sciences news Monday 23 May 2016 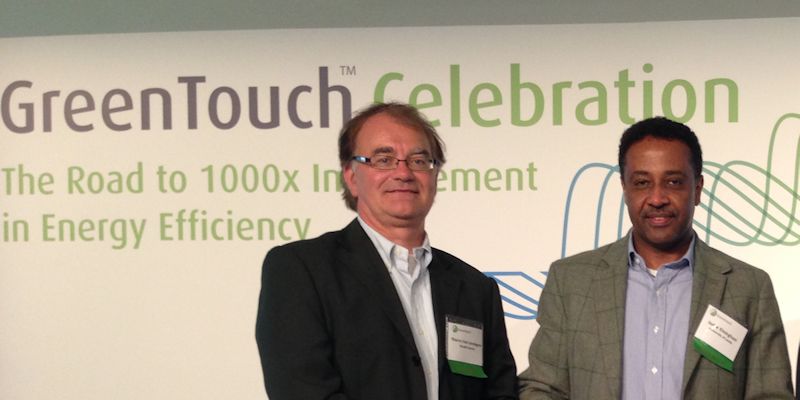 Professor Jaafar Elmirghani was recognised at the 2016 Edison awards ceremony in New York on 21 April for his joint work with colleagues in the GreenTouch consortium on the GreenTouch GreenMeter.

The work demonstrated the technologies required to improve the Internet energy efficiency by a factor of 1000, a grand challenge set up by the industry and solved by the GreenTouch GreenMeter.

Professor Elmirghani’s work introduced the methods required to improve the energy efficiency of the core network, the heart of the Internet, contributing an energy efficiency improvement of 316x towards the grand challenge of 1000x. The outcomes were adopted by the major GreenTouch industrial partners including Nokia, France Telecom, Huawei, China Mobile, Swisscom, Fujitsu and others.

The ceremony was held at the New York world trade centre and was designed to honour and recognise the achievement. The award is made based on votes by a panel made up of over 3000 academic and business executives from around the globe with the votes recognising excellence in meeting the award criteria in the spirit of innovation introduced by the inventor Thomas Edison.

Professor Elmirghani said “I am delighted that I have had the opportunity to share my work with colleagues at the awards ceremony and I am delighted that my team and I have been recognised in this way. I would like to thank EPSRC for the award of the £6m INTERNET Programme Grant, 2010-2016 which made this possible, and would like to acknowledge the contributions of my colleagues in the Universities of Cambridge and Leeds. 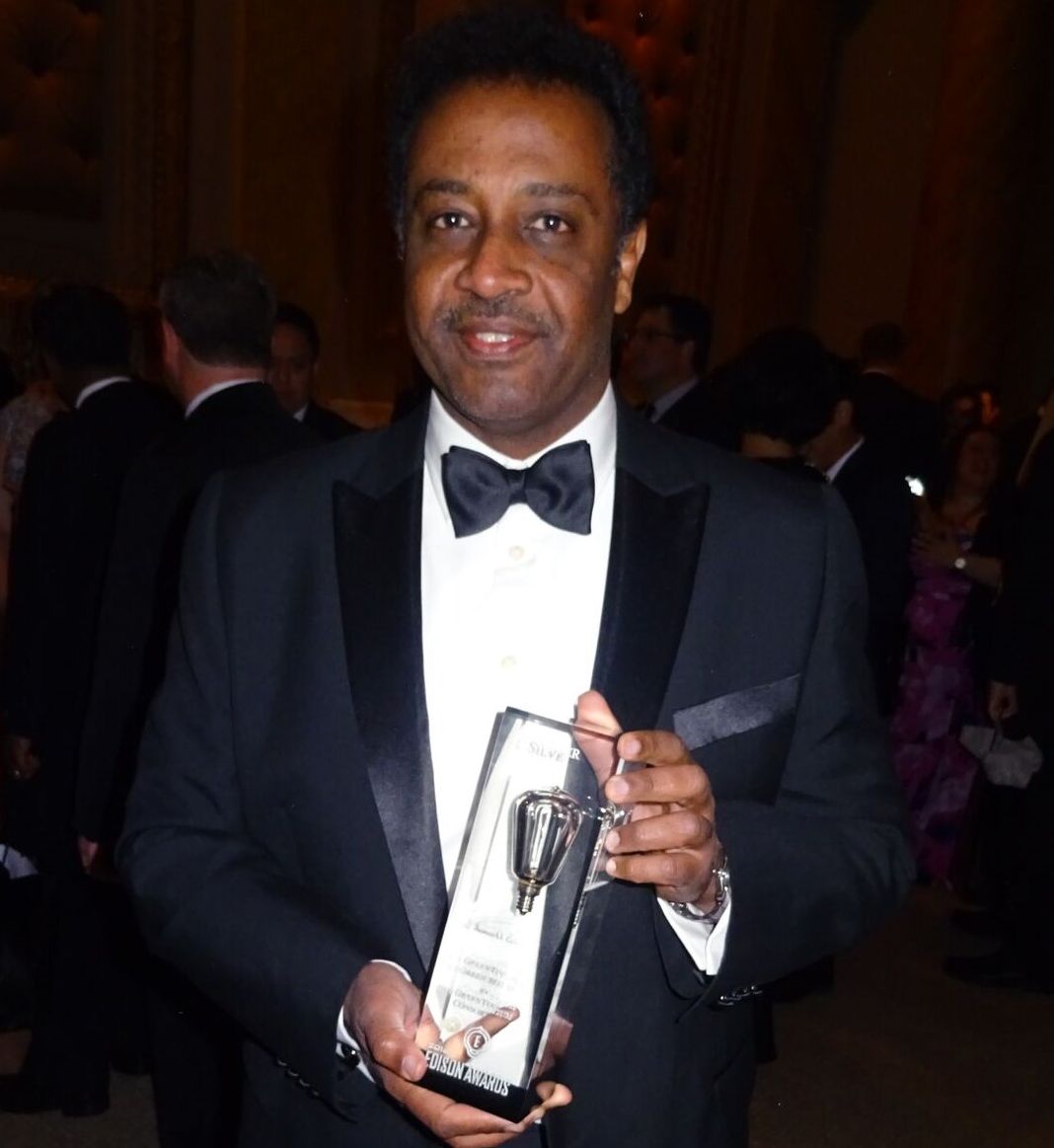