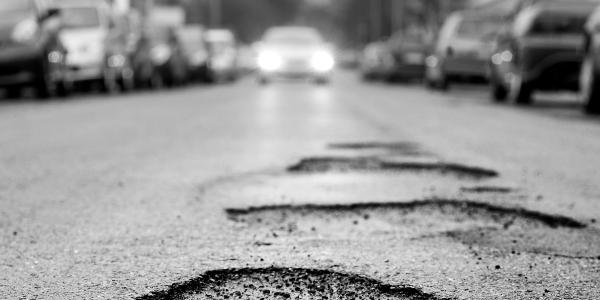 The University of Leeds is leading a pioneering £4.2m national infrastructure research project with the vision of creating self-repairing cities.

The project will develop small robots to identify problems with utility pipes, street lights and roads and fix them with minimal environmental impact and disruption to the public.

The project is funded by the Engineering and Physical Sciences Research Council (EPSRC) and was announced today by the Universities and Science Minister, Jo Johnson.

It is part of a £21m funding for ‘Engineering Grand Challenges’ research, which aims to tackle some of the major challenges facing science and engineering.

The researchers will initially develop new robot designs and technologies in three areas:

The team will work with Leeds City Council and the UK Collaboration for Research in Infrastructure and Cities (UKCRIC) to ensure that the robots are thoroughly tested before being trialled in a safe and responsible manner in Leeds.

Professor Phil Purnell, from the School of Civil Engineering, is leading the research team. He said: “We want to make Leeds the first city in the world to have zero disruption from street works.

“We can support infrastructure which can be entirely maintained by robots and make the disruption caused by the constant digging up the road in our cities a thing of the past.”

Dr Rob Richardson, director of the National Facility for Innovative Robotic Systems at the University added: “Detecting faults and weaknesses early and then quickly performing smart repairs is the key.

“Our robots will undertake precision repairs and avoid the need for large construction vehicles in the heart of our cities. We will use the unique capabilities of our robotic facility to make new, more capable robots.

The project, ‘Balancing the impact of City Infrastructure Engineering on Natural systems using Robots’, will also track the social, environmental, political and economic impact of these new technologies in the city.

“The critical part of this project is being proactive rather than reactive,” said Dr Raul Fuentes, from the School of Civil Engineering, “This is crucial to ensuring we have sustainable and resilient infrastructure. We will target our interventions so that they are invisible to the human eye, before they become a real problem.”

Announcing the funding during a visit to the University of Cambridge, Minister Jo Johnson said: “As a One Nation Government we are investing in world-class science and engineering across our country. We want the UK to be the best place in Europe to innovate and this £4.2 million investment will bring together researchers to address some of the most pressing engineering challenges we face.

“From ground-breaking work with robotics to advanced air-flow simulators, this investment will help tackle our aging water infrastructure and air pollution in cities to improve the lives of millions of people around the world.”

The University of Leeds has a proven track-record on multi-million pound infrastructure research projects to tackle the big problems facing society, including a new focus on cities.

Professor Purnell said: “We have a strong reputation for working with community, industry and government partners, because we have such strength across a wide range of expertise, including all branches of engineering, computing, economics and environmental science. We need this combined scale and knowledge if we are going to succeed in addressing some of the major challenges and build cities that are fit for the future.”

The team also includes researchers from some of the UK’s other top universities including Birmingham, Southampton and UCL, with Nottingham, Sheffield, Oxford and Imperial as supporting partners.

For more information, contact the University of Leeds press office on 0113 343 4031 or emailpressoffice@leeds.ac.uk

Read more about the announcement here.

For more about the impact of the University’s research on cities, visit the research webpage.

Yorkshire Evening Post - Self repairing city: Robots and drones made in Leeds to repair potholes and street lights

The Yorkshire Post - Self repairing city: Robots and drones made in Leeds to repair potholes and street lights

The Daily Mail - Scientists plan 'self-repairing city' with an army of drones that fix streetlights and potholes without being told to...

CityLAB - Drones Do the Dirty Work in a 'Self-Repairing City'

Co.Exist - A Fleet of Flying Robots Will Repair Potholes In This U.K. City

Popular Science - In the city of future, potholes will be repaired by fleets of drones

Popular Mechanics - The U.K. Will Spend $6 Million on Drones to Create the First 'Self-Repairing City'