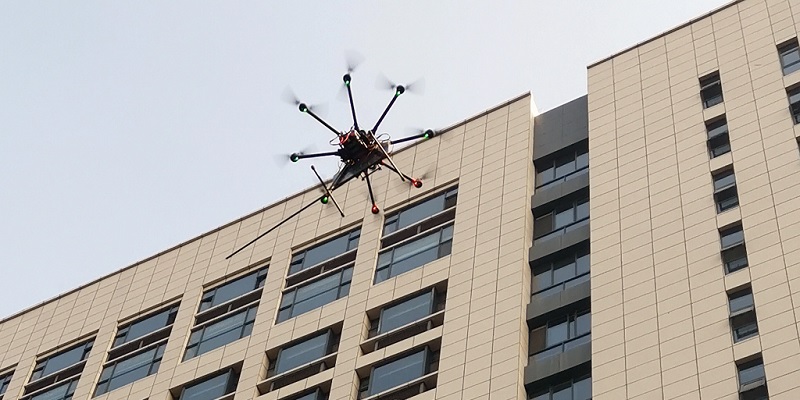 Engineers have developed a prototype drone-mounted wireless scanning system, which can fly up the outside of a high rise building and detect the whereabouts of individuals who may be trapped inside.

The system – known as WideSee – has been developed in a joint collaboration between engineers at the University of Leeds, University of Massachusetts and Northwestern University in Xi’an in China.

The technology has been designed for use by emergency workers involved in search and rescue operations during a fire or if a building collapses.

In a paper presented today at the SensSys ‘19 conference in New York, the researchers say the prototype device is capable of scanning deep into a building. Many existing wireless systems have a range limited to just a few metres.

The scanning device uses harmless, long-range radio waves which are able to penetrate concrete walls half a metre thick. 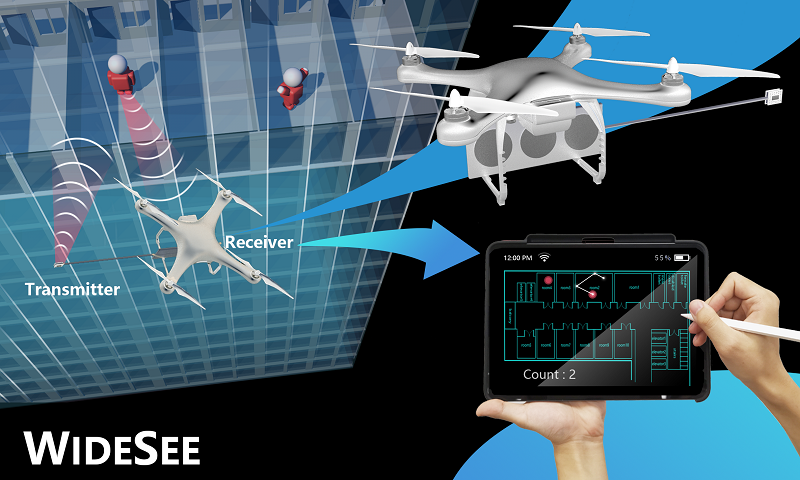 Dr Zheng Wang, Associate Professor in the School of Computing at Leeds, said: “There are limitations to the existing equipment that rescue workers can use when they are conducting search and rescue operations.

“Heat seeking cameras can identify the heat being radiated from a human body but in a blaze there is a high chance the cameras would be incapable of picking out the heat being generated by someone trapped in the building because of the more intense heat being given off by the fire.”

The researchers have adapted a commercial wireless radio system called LoRa. Akin to Wi-Fi and Bluetooth, LoRa was originally designed to connect objects on the Internet of Things, allowing devices on a closed network to share data – such as home appliances like lights of a heating system.

LoRa has a much longer range. But it is susceptible to interference. The research team have designed an antennae that sends the signals over a narrow angle of field. That reduces interference and also directs the signals to travel into the body of the building.

The system works like radar. Signals sent from the drone pass into the building and rebound off objects. The rebound signal – picked up by a receiver on the drone – are altered by the objects they have bounced off. In effect, they are carrying the “signature” of the objects inside the building.

Information from the drone is remotely sent back to a computer being monitored on the ground. Software processes the signals and gives the operator details about occupants in the building.

The system has been tested on an empty building in China where it was used to identify small groups of volunteers who were on the ninth floor.

The aim is to identify multiple humans in different rooms at the same time – but at the moment the technology is only capable of locating one target at a time. The scientists said they want to extend the capability of the system.

The authors of the paper say the prototype would work in scenarios where conscious survivors are waving at rescuers.

Professor Xiaojiang Chen from Northwest University in China, who co-authored the work, said: “Our findings showed that when the volunteers were walking or waving and the flying speed of the drone was reduced to 1 or 1.5 metres per second, there was at least a 96% chance of being detected.

“If people were lying still, the system did not pick them up and the aim is for further research into the detection of non-moving targets.”

SenSys ‘19 is a major conference where engineers and scientists to discuss the latest research involving sensors and smart systems.

For further information, images or interviews, please contact the press office at the University of Leeds via pressoffice@leeds.ac.uk or +44(0)113 3434031

The paper is being presented at the conference in Session V: Infrastructure Sensing 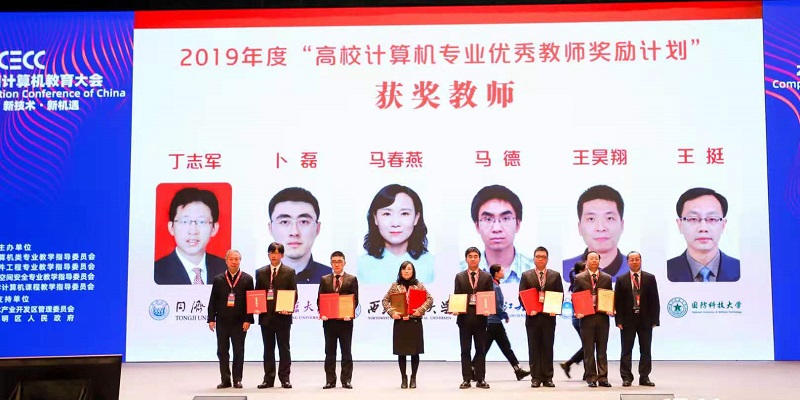