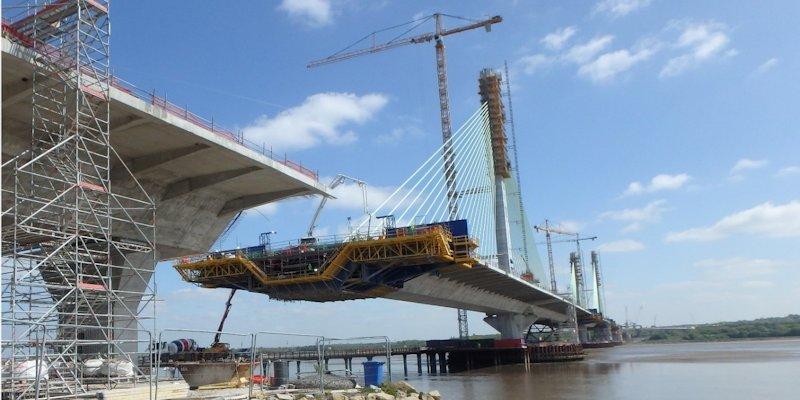 This event will feature Paul Sanders, Director with COWI and responsible for leading the tender and detailed design of the Mersey Gateway Bridge.

The Mersey Gateway Bridge was procured under a design, build, finance and operate contract, one of the largest of its type in the UK. The crossing is 2.25km long and includes a 1km long three-tower cable-stayed bridge across the River Mersey estuary together with approach viaducts to the north and south. Main spans are 294m and 318m, approach viaduct spans are around 70m each. The deck features a single central plane of cables and a continuous single-cell concrete box girder 4.6m deep with transverse post-tensioned ribs at around 6m centres. Construction of the cable-stayed bridge is based on the balanced cantilever principle and the approach viaducts are built using full span in-situ casting on a self-propelled moveable scaffold system. Completion of the bridge has required a number of design innovations as well as strong collaboration between the design and construction team to facilitate a very rapid construction programme.

The Sponsor - The C F Lunoe Trust: Christian Frederick Lunoe was born in Denmark in 1891 and educated at Copenhagen University. He came to England with Knud Holst in 1918 and established Holst and Company Ltd, a firm specialising in the design and construction of reinforced concrete.  Holst and Company became public in 1956.  Christian Lunoe’s interest in people inspired him to institute a Trust Fund in 1960 for the benefit of certain charitable purposes and for the furtherance of support to technical training, education and research. This is known as the C F Lunoe Trust Fund.

Tickets are free and available through Eventbrite.

Tea/Coffee available from 6.00 pm; the lecture will be followed by drinks and canapés.