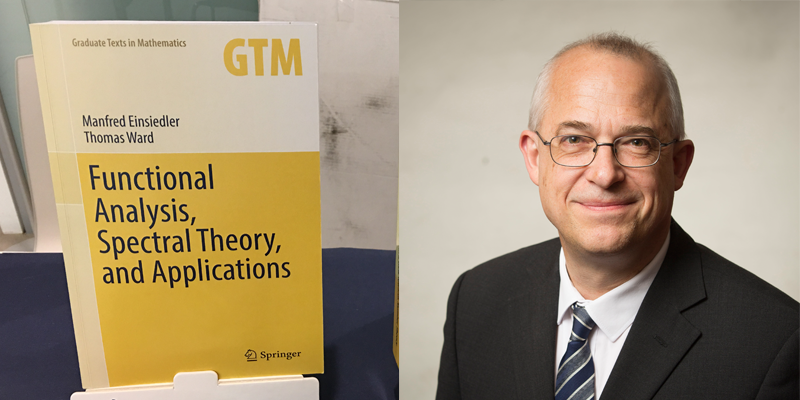 The textbook provides a careful treatment of functional analysis and some of its applications in analysis, number theory, and ergodic theory.

In addition to discussing core material in functional analysis, the authors cover more recent and advanced topics, including Weyl’s law for eigenfunctions of the Laplace operator, amenability and property (T), the measurable functional calculus, spectral theory for unbounded operators, and an account of Tao’s approach to the prime number theorem using Banach algebras. The book further contains numerous examples and exercises, making it suitable for both lecture courses and self-study.

Functional Analysis, Spectral Theory, and Applications is aimed at postgraduate and advanced undergraduate students with some background in analysis and algebra, but will also appeal to everyone with an interest in seeing how functional analysis can be applied to other parts of mathematics.

Functional Analysis, Spectral Theory, and Applications can be purchased from Springer and Amazon