Benjamin choose to study at the University of Leeds, in particular, Mechanical Engineering BEng, as he was drawn to the course’s large proportion of coursework. He said “with practical coursework you need to understand the scientific fundamentals and then apply them. Furthermore, the application of science through fun competitions was a big plus for the course.”

Benjamin added “The city itself had a big draw for me. The proximity of the city centre to the campus is great. You feel like you’re connected to the city rather than an isolated institution, which is how some campus universities feel. Moreover, the amazing nightlife is unmatched in other university cities. Whether clubbing in the city centre or at house parties in Hyde Park, you’re guaranteed a great night.

Also, it has a great gym that I have used every year. The value for money is amazing. The equipment is of a high standard!”

In the lead up to attending university, Benjamin said that he had felt anxious “Throughout A-levels people were always telling me how hard Engineering was to study at university. This caused me to have a lot of doubts and lead to me struggling with imposter syndrome.”

This is a very common feeling for new students, and one that can be overcome by speaking with friends, family and current students at the University. He added “I also struggled with speaking in front of people at school. However, the group projects and poster presentations have taught me invaluable skills in overcoming this fear.”

I also struggled with speaking in front of people at school. However, the group projects and poster presentations have taught me invaluable skills in overcoming this fear. 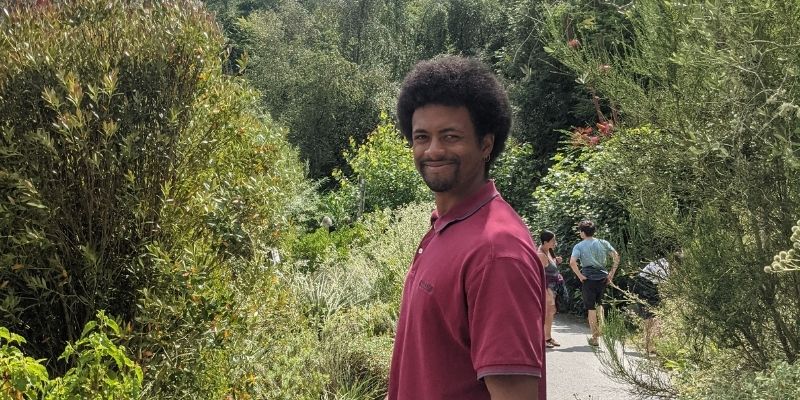 During his second year, Benjamin and his fellow course mates were tasked to use the engineering principles they had learned to design the optimum paddle/bucket for a water wheel. The task was a competition and the team to produce the most force from their waterwheel would receive the highest marks. Benjamin said “I loved the sense of competition, and the inclusion of engineering principles was imperative to high marks. Being able to apply your knowledge in a fun activity is truly special. The task required a lot of research and intense teamwork. This was one of my favourite projects even though it was arguably the least glamourous.”

For his undergraduate dissertation, in his third year, Benjamin developed a physics-informed neural network (PINN) to predict the deformation of soft tissues. He explained “PINNs are a very recent approach to simulating physical processes using deep learning, which is conventionally done using time-consuming computational mechanics models.

PINNs’ key feature is integrating known physical laws into network training, fundamentally distinguishing them from conventional ‘black-box’ deep learning approaches. I built on ideas so far developed mostly for fluids simulation and created a unique application of PINNs to nonlinear solid mechanics problems. The project was highly rewarding, I learnt so much and was helped along the way by my very supportive tutor Dr Zeike Taylor.”

This project involved designing an autonomous motor-powered car. He continued “The brief was to program the car to travel over an obstacle course and stop at a target point. The project was structured as a competition, with the car that completed the course in the quickest time receiving the highest marks. This was a great project as we were in larger groups but divided ourselves up to focus on specific objectives. I was involved in designing the algorithm that controlled the car. It was really satisfying than watching the buggy successful navigate the obstacle course during the competition day.”

Building a career in engineering

From 2019 to 2020, Benjamin undertook a placement with BuroHappold. His placement was split across two roles: Building Services Engineer and Sustainability Engineering. He noted that “The experience was extremely important in my development. It allowed me to see what the business place was like and what engineers actually did. I developed invaluable interpersonal skills and saw how the industry was changing.”

The experience was extremely important in my development. It allowed me to see what the business place was like and what engineers actually did. I developed invaluable interpersonal skills and saw how the industry was changing. 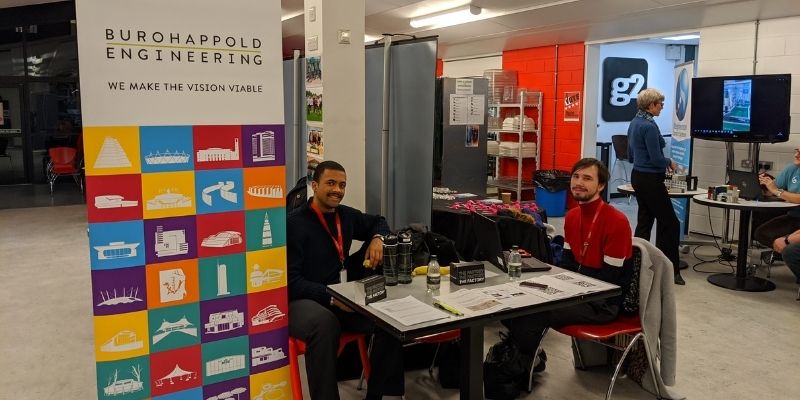 In spring 2020, Benjamin’s work transitioned to more computational work. While working from home due to the beginning of the covid-19 pandemic, he found he had more free time and taught himself how to code in Python. Developing skills within the Machine Learning field was instrumental to his final year project (in PINNs).

Benjamin was a high achiever during his time as an undergraduate, he made Dean’s List in both his first and second years - a prestigious award received by the top 5% of students. He said, “the experience provided me with a goal to work towards each year and provided me with a lot of belief in myself.” 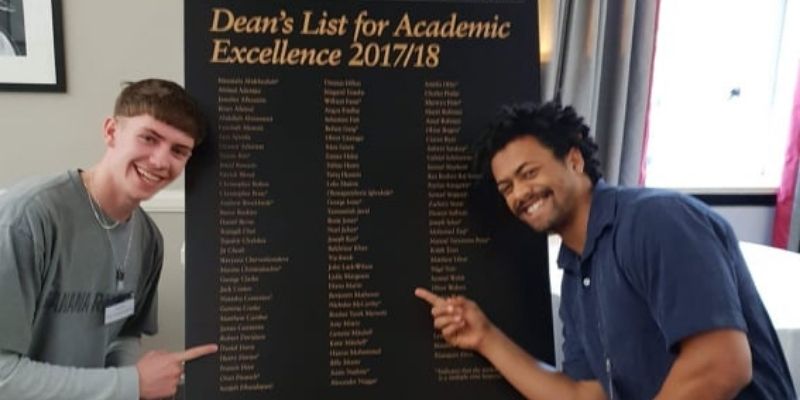 He has also been the recipient of the Beaumont Award, which recognises research projects in the areas of Biological, Environmental and Physical Sciences, Engineering, Medicine and Health undertaken by undergraduate students from any discipline. Benjamin noted that the one element of the criteria for a winning project was its ability and potential to benefit society and that he was proud to be able to give something back to society.

I was so honoured to have received the Beaumont Award for my undergraduate research project. It means a great deal to me that all my hard work over the last year has been recognised.

He said “I was so honoured to have received the Beaumont Award for my undergraduate research project. It means a great deal to me that all my hard work over the last year has been recognised.”

Outside of the classroom, Benjamin played for the rugby union team through throughout his first and second years. He commented “the opportunity to represent my university in a competitive sports setting was enthralling. It provided me with a strong sense of discipline and benefited my Uni work.” He was honoured to be picked for the 2018 varsity game, a game between the University of Leeds and Leeds Beckett University. It took place in Headingley stadium in front of thousands of cheering students from both universities. He added “the atmosphere was electric; an experience I will savour for the rest of my life. We sadly lost to the superior Beckett team but dealing with losses/failures was a valuable lesson that rugby has taught me.” 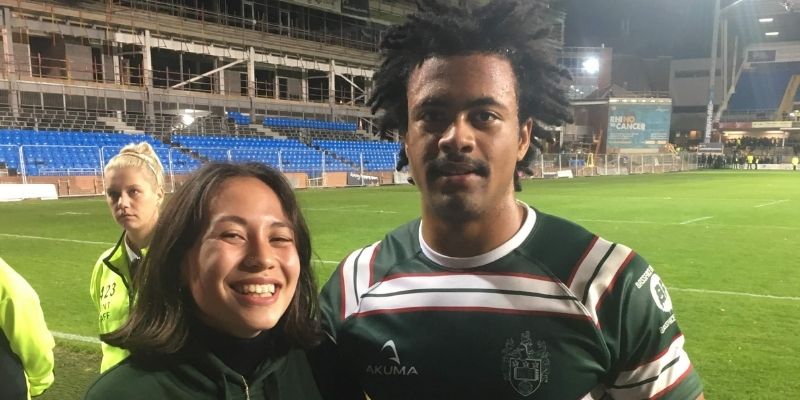 Benjamin also mentioned that during his first year he was peer mentored by an older student. He found it highly rewarding, the student talked him through what to expect from the course and some tips and tricks for getting by. He said “it helped me settle into the course and I felt much more grounded. Therefore, I decided to act as a mentor to help the students below me. The experience was important in my development and helped open my eyes to the importance of giving back.”

Benjamin has continued his studies at the University of Leeds, starting a PhD in October 2021 with CISTIB (Jointly Computer Science and Mechanical Engineering). It is a continuation and elaboration of his undergraduate dissertation. He said “the best aspect of my PhD is the ability to spend my day solving problems that will benefit the medical field. Hopefully, my work will encourage safer and more affordable healthcare for all.”

He will be focusing on developing his work on PINNs from his undergraduate project. The project will be scoped towards the medical field, specifically simulating medical device implantation.

He added “after my PhD, I would love to enter the private industry. Working from an R&D role within the medical or the sustainability field would be ideal.”

“Engineers make a huge impact on the world and Leeds is the perfect place to study Mechanical Engineering.” If you are thinking of studying engineering at Leeds, Benjamin added “the balance of practical work and theory is ideal for active learning. The support from the academics is impeccable. Your opportunities will be endless.”