Water@Leeds launched the Water Woman Award in partnership with Athena Swan teams at the University. Researchers among environment, engineering and physical sciences were announced as winners.

Recognising the achievements of women in science and inspiring female researchers is the aim of the Water Woman Award (WWA). This award shines a light on their efforts in an academic world in which the hurdles are still greater for females. It is based on two equally weighted criteria: the nature of the achievement plus its potential for empowering and inspiring other women into following their example.

The Water Woman Award for Research Excellence (split-award) was awarded to Professor Lorna Dougan, Professor of Physics, School of Physics and Astronomy in recognition of a career of excellent achievements and commitment to support the next generations.

Dr Tracy Aze, who is an Associate Professor in Marine Micropalaeontology, School of Earth and Environment, was also rewarded for her excellent research achievements and the inspiring power of her personal pathway.

The Water Woman Award for Research Excellence (split-award) was received by Dr Cathryn Birch, Associate Professor in Meteorology and Climate, School of Earth and Environment, for her superb funding achievements that expose the value of collaborative research.

It was also received by Professor Pippa Chapman, Chair in Biogeochemistry, School of Geography, as a result of her career of funding success full of inspiring lessons for others.

Dr Paola Sakai, UKRI Research and Innovation Fellow, School of Earth and Environment, and Dr Salma Al Arefi, The Institute of Communication and Power Networks, School of Electronic and Electrical Engineering received special commendations for their inspiration to others.

Professor Anna Mdee, Professor in the Politics of Global Development, School of Politics and International Studies was rewarded for her true and transferable impact.

Panel member Dr Clare Woulds said: “Reading all the applications and nominations was an inspiring and humbling experience.

“I would also like to celebrate the fact that these women have put themselves forward, and hope that this is something we can help colleagues to do on a regular basis.”

An awards ceremony will be held later in the year, for which all winners and applicants will be invited to co-design an inspirational programme.

I would... like to celebrate the fact that these women have put themselves forward, and hope that this is something we can help colleagues to do on a regular basis.

Panel Chair, Professor Julia Martin-Ortega, said: “Conceiving and making the Water Woman Awards happen is one of the things I am most proud of in my role as Associate Director of water@leeds.

“I believe there is an immense power in these women and I know their stories will resonate with many others. I want to thank all my fellow female colleagues for what they do every day and that makes them amazing Water Women.”

The Water Woman Award is open to any colleagues at Leeds identifying as women and contributing to Water@Leeds missions. 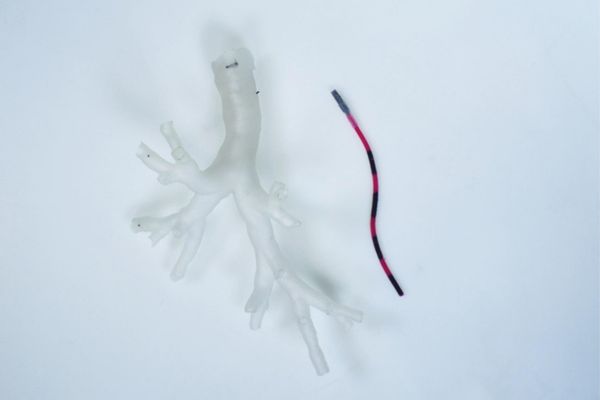