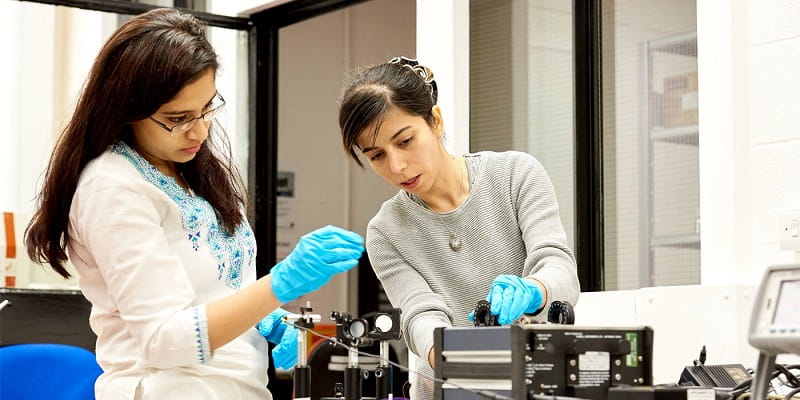 A major investment aims to increase diversity across Engineering and Physical Sciences disciplines in the North of England.

Leeds is one of a consortium of nine universities and six companies to receive £591,463 aimed at boosting the representation of women, disabled people, LGBT+, and people from Black and Minority Ethnic backgrounds.

Engineering and the Physical Sciences contribute hundreds of billions of pounds to the UK economy each year, but people from Black and Minority Ethnic backgrounds, women, LGBT+ and disabled people remain poorly represented across these sectors.

Research reveals women engineers and physical scientists are underrepresented in all grades, especially in senior academic posts. Unequal opportunities, paucity of role models from under-represented groups, and a lack of understanding among senior leaders as to the barriers these groups face all serve to compound and sustain a lack of diversity.

The partnership, led by Durham University, is embarking on an exciting new research project to tackle this issue in the North of England. Researchers hope that creating a more inclusive culture in the sector will lead to a more diverse talent pool and, ultimately, better science and engineering with which to address pressing global challenges.

The Engineering and Physical Sciences Research Council has generously provided funding for the two-year project, which is part of a wider £5.5m national initiative.

The project includes six activities – undertaken across the 15 organisations – that are designed to help address the problem of entrenched under-representation. These include:

The universities involved are: