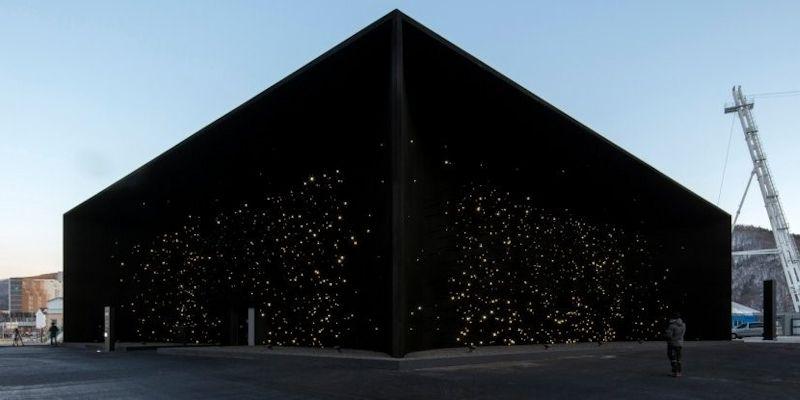 Final-year student on the Chemistry MChem, BSc course, William Ludlam, was part of the Surrey Nanosystems team that developed Vantablack Vbx2, the blackest material on Earth.

The 2018 edition of the Winter Olympics just got under way in South Korea. If you think that white is the colour that will strike you when you see images of it, think again. One of your lasting memories of the game could well be the sight of “the darkest building on Earth”: a temporary pavilion comissioned bty the Korean carmakers Hyundai as part of a global mobility initiative. Its outside is coated with Vantablack Vbx2, a super-black material that absorbs 99% of the light that hits its surface, creating the illusion of a void. The building’s exterior is illuminated by a field of stars that appear to float in mid-air and has 10-metre-high parabolic facades coated with Vantablack VBx2, making it the world’s largest continuous nanostructure.

Final-year student on the Chemistry MChem, BSc course, William Ludlam, was part of the Surrey Nanosystems team that developed Vantablack Vbx2. Will’s project was to develop the VBx1 and VBx2 coatings during his Industrial Placement Year. 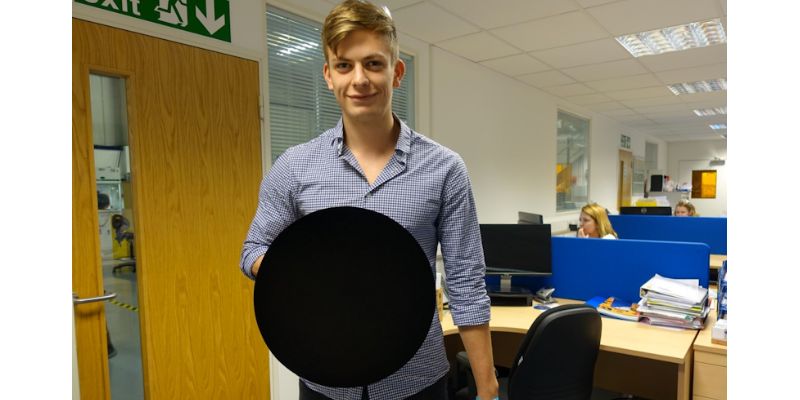 Will says: “Vantablack is a fascinating material. It’s made up of optical cavities formed by vertically aligned carbon nanotube arrays around 1000 times narrower than a human hair. It’s definitely not the kind of coating you’d get out of a spray can, but is unfortunately limited to much smaller applications. VBx2 was developed to try to tackle these limitations. It provides an almost perfect Lambertian reflectance which makes it almost impossible for the eye to see three dimensionality in a surface coated in VBx. Never before has any coating been able to provide such visual performance on this scale for applications in architecture, art and controlled lighting as well as a variety of other uses such as optics and sensors.” 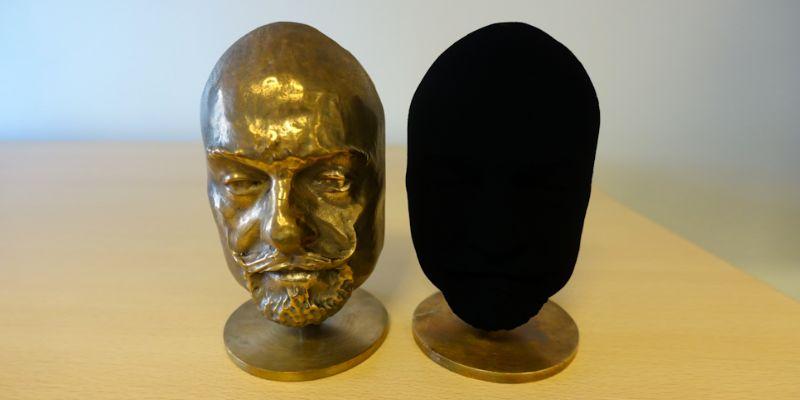 Will adds: “Taking my Industrial Placement at Surrey Nanosystems was extremely exciting. My role started in the first development stages of the material and finished with seeing the Surrey Nanosystems team create the Blackest Building on Earth in the Hyundai Olympic Pavilion. The company were fantastic in furthering my development and providing lots of responsibility and opportunities. VBx coatings have also been used in some of the work of artist Anish Kapoor, who designed the ArcelorMittal Orbit slide for the London 2012 Olympics.”

You can read more about Vantablack and its use in the Hyundai Olympics Pavilion here.