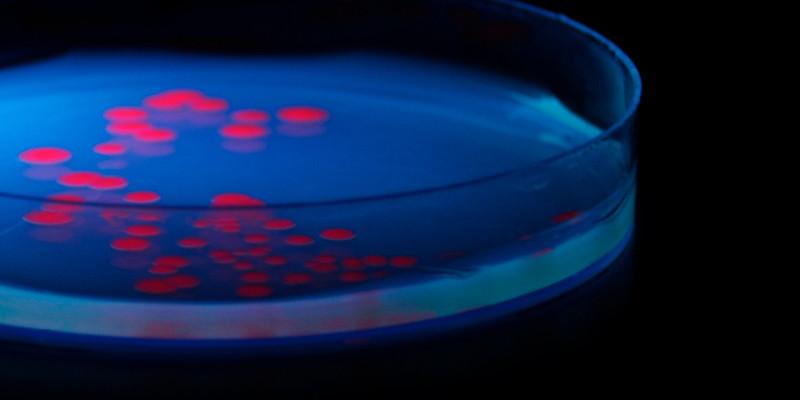 Research led by Dr Michael Webb (School of Chemistry) has found that an antibiotic candidate compound shelved in the 1970s in favour of more promising drugs could be worth a second look.

The drug, called pentyl pantothenamide, is able to stop the growth of E.coli but not completely kill the bacteria, so was never taken into clinical use.

The wider class of pantothenamides have broad spectrum activity against many bacteria, but this one particular molecule is much more effective against E. coli. Exactly what it was doing remained a mystery, but now an international team, led by the University of Leeds, has found the answer.

Their findings, published in the journal Biochemistry, open up the possibility of designing new drugs that use the same means to attack E.coli, but in a more effective way.

Dr Webb explained: “Fifty years ago there seemed to be plenty of antibiotics to choose from, so the less promising, like pentyl pantothenamide were often put on the back of the shelf.

“With the rise of antibiotic resistance, we no longer have that luxury. However, scientific advances mean we can now look at these drugs in a new way, and – in this case at least – expect to find a way to make them effective in treating bacterial infections.”

The key to the mystery was Vitamin B5, which is used to metabolise energy. Humans – and indeed all mammals – find it in their diet, but bacteria have to make it and a key part of the machinery they use is called the PanDZ complex.

“Scientific advances mean we can now look at these drugs in a new way, and – in this case at least – expect to find a way to make them effective in treating bacterial infections.”

During a Wellcome-funded sabbatical at the National Institute of Genetics in Japan, Dr Webb showed that pentyl pantothenamide targets the PanDZ complex, preventing E.coli from making Vitamin B5 and so starving it of the means to grow and resist the broad spectrum toxicity caused by the whole pantothenamide class.

The team, which also involved scientists from the University of Hamburg, then used X-ray crystallography to map the structure of the complex. They discovered that the antibiotic binds to the bacteria only in the presence of a particular compound which is created by the bacteria using three different enzymes.

The aim now is to find a molecule that can mimic this final compound, as this could strengthen the action of the antibiotic to make it more effective against this and other related disease-causing bacteria such as Klebsiella and Salmonella which also have a PanDZ complex.

Dr Webb added: “An antibiotic that kills E. coli may not be the only option, because if you can stop the bacteria from growing for long enough, then our own immune system can kick in to finish the job. Now we fully understand how pentyl pantothenamide is working, it may be possible to either identify, or create, a more effective version that could be used to treat patients.”.

Dr Webb is available for interview, please contact Peter Le Riche in the University of Leeds press office on 0113 343 2049 or email p.leriche@leeds.ac.uk

The above picture shows a petri dish containing a growth medium on which Escherichia coli (E.coli) is growing. The E.coli is expressing a red fluorescent protein. Credit Fernan Federici and Jim Haseloff (Creative Commons by attribution).