The seemingly colossal amounts of matter expelled by certain types of red giants may be explained by previously-unnoticed partner stars, according to a new paper published in Nature Astronomy.

Some red giants – old stars that eject gaseous material and solid particles through a stellar wind – appear to lose an incredible amount of mass this way. So far, 12 have been identified as ejecting the equivalent of 100 Earths per year for 2,000 years at a time.

However, an investigation led by Professor Leen Decin from Belgium’s KU Leuven Institute of Astronomy, and currently a Visiting Professor in the School of Chemistry at the University of Leeds, suggests that rather than having an unusually extreme stellar wind, these stars may instead be part of a binary system.

The findings are published in a new paper in Nature Astronomy. As Professor Decin explains:

“If you look at the mass of such a star in the next phase of its life, the intense stellar wind doesn't last long enough to account for the mass loss that we’ve seen.

“It was also statistically improbable that we had discovered twelve of these red giants, knowing that what we were seeing was a phase that lasted only hundreds or thousands of years compared with their billion-year-long life. It's like finding a needle in a haystack twelve times.”

Thanks to new observations of two of these stars from the ALMA telescope in Chile, researchers were able to see that the stellar wind forms a spiral, indicating the presence of an orbiting second star. The spiral shape is formed by the stellar wind being pulled in the direction of this partner star, while the red giant itself wiggles slightly. 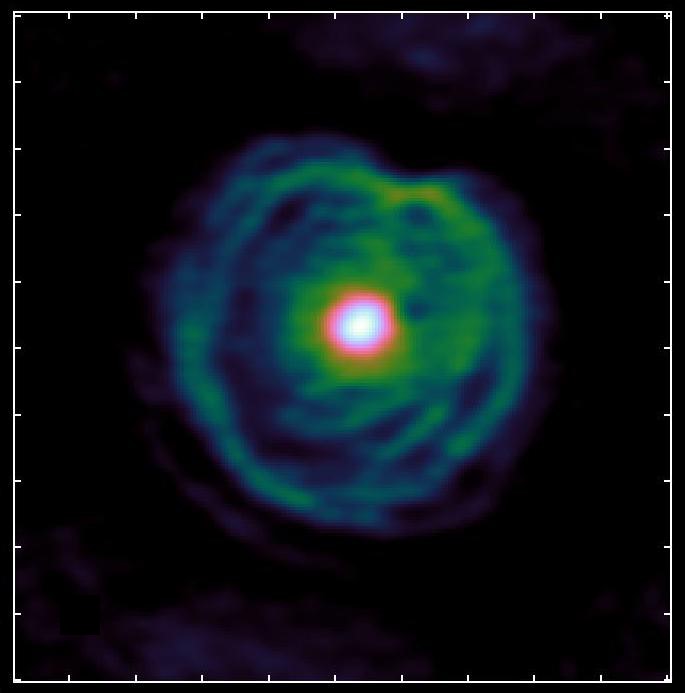 This means that these exceptional stars only seemed to be losing 100 Earth-masses per year, when in fact they were losing 10 of them - around the normal rate for a red giant. The mass loss appeared to be higher because of an area where the stellar wind is more concentrated due to the gravity of the second star.

Astronomers now want to find out whether partner stars could explain the behaviour of the other ten red giants in the group. Professor Decin adds:

“We believed that many stars lived alone, but we will probably have to adjust this idea. A star with a partner is likely to be more common than we thought.”

This research project was funded by the European Research Council (GA 646758), the Research Foundation - Flanders, and KU Leuven. The observations were conducted with the telescope of the ALMA project, of which the European South Observatory (ESO) is a partner.