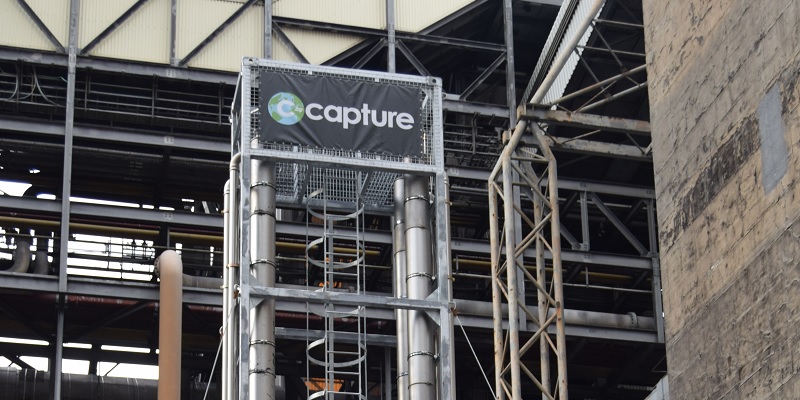 The demonstration plant, located near Selby in North Yorkshire, recently began capturing carbon dioxide - the first time CO2 has been captured from a power station using a 100% biomass feedstock.

Work to commission the pilot plant began in November 2018, using a proprietary solvent developed by C-Capture, a clean energy technology company formed in 2009 as a spin-out of the School of Chemistry. Professor Chris Rayner is a founder and director.

This solvent is used to isolate carbon dioxide from the flue gases released into the atmosphere when biomass is used to generate electricity. The gas can then be safely stored or even used for other purposes, such as the carbonated drinks industry.

Data obtained about the CO2 capture process will continue to be analysed throughout the pilot to fully understand the potential of the technology and how it could be scaled up. If the BECCS pilot can be scaled up to deliver negative emissions, Drax Power Station would be helping to remove the gases that cause global warning from the atmosphere at the same time as producing electricity.

This represents a major milestone on the road to achieving negative emissions through BECCS, which is going to be so important in the future. To see our technology working in a real environment like Drax is a tribute to the fantastic team of chemists and engineers who work on the project.

The Royal Academy and Royal Society of Engineers has estimated that BECCS technology could enable power plants to capture 50 million tonnes of carbon dioxide per year by 2050 - approximately half the nation’s emissions target.

The news comes shortly after C-Capture announced that it has raised £3.5m in a new round of equity funding led by BP Ventures, Drax, and IP Group.