Research and innovation news Monday 21 May 2018 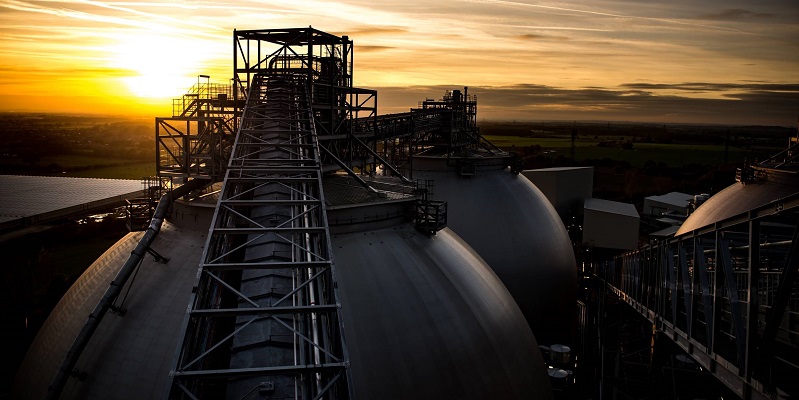 Drax Group plc, operators of Drax Power Station, has announced that it is to partner with C-Capture in a pilot project which, if successful, could make the renewable electricity produced at its North Yorkshire power station carbon negative.

C-Capture, a spin-out from the University of Leeds’ School of Chemistry, has developed new solvents for the capture of CO2 from power station flue gases, part of a process known as Carbon Capture and Storage (CCS).

The C-Capture solvent technology provides more efficient ways to capture CO2from the flue gas streams of power stations and prevent it from entering the atmosphere, helping the UK achieve its targets in CO2 emission reductions.

This pilot project will examine the potential of a new form of post combustion carbon capture at Drax power station on its generating units which use biomass (compressed wood pellets).

Drax Power Station became the largest decarbonisation project in Europe by upgrading its existing facilities and, if the pilot is successful, it will examine options for a similar re-purposing of existing infrastructure to deliver more carbon savings.

“Through the pilot scheme we aim to demonstrate that the technology we’ve developed is a cost-effective way to achieve one of the holy grails of CO2 emissions strategies - negative emissions in power production.”

Bioenergy with carbon capture storage (BECCS) is vital to global efforts to combat climate change because the technology will mean that gases that cause global warming can effectively be removed from the atmosphere at the same time as electricity is produced. This means power generation would not only no longer contribute to climate change, but would also start to reduce the carbon accumulating in the atmosphere.

The first phase of the project, starting this month, will look to see if the solvent C-Capture has developed is compatible with the biomass flue gas at Drax Power Station.

Chris Rayner, founder of C-Capture and Professor of Organic Chemistry at Leeds, said: “Through the pilot scheme we aim to demonstrate that the technology we’ve developed is a cost-effective way to achieve one of the holy grails of CO2 emissions strategies – negative emissions in power production, which is where we believe the potential CO2 emissions reductions are likely to be the greatest.”

“We have developed fundamentally new chemistry to capture CO2 and have shown that it should be suitable for capturing the carbon produced from bioenergy processes. The key part is now to move it from our own facilities and into the real world at Drax.”

The first phase of the project, starting this month, will look to see if the solvent C-Capture has developed is compatible with the biomass flue gas at Drax Power Station.

A lab-scale study into the feasibility of re-utilising the flue gas desulphurisation (FGD) absorbers at the power station will also be carried out to assess potential capture rates.

FGD equipment is vital for reducing sulphur emissions from coal, but has become redundant on three of the generating units at Drax that have been upgraded to use biomass, because the wood pellets used produce minimal levels of sulphur.

Drax will invest £400,000 in the demonstration project which could be the first of several pilot projects undertaken at the power station near Selby, to deliver a rapid, lower cost demonstration of BECCS.

The Government’s Clean Growth Strategy identified BECCS as one of several greenhouse gas removal technologies that could remove emissions from the atmosphere and help achieve long term decarbonisation.

Will Gardiner, CEO, Drax Group, said: “If the world is to achieve the targets agreed in Paris and pursue a cleaner future, negative emissions are a must – and BECCS is a leading technology to help achieve it.

“This pilot is the UK’s first step, but it won’t be the only one at Drax. We will soon have four operational biomass units, which provide us with a great opportunity to test different technologies that could allow Drax, the country and the world, to deliver negative emissions and start to reduce the amount of carbon dioxide in the atmosphere.”

Claire Perry, Energy & Clean Growth Minister, said: “We aim to make the UK a world leader in carbon capture usage and storage, a key part of our modern Industrial Strategy. It’s hugely exciting that Drax has chosen to invest in this innovative project, demonstrating how government support for innovation can create an environment where companies can develop new technologies and scale up investment to build the sectors we will need to achieve long term decarbonisation.”

BEIS has provided £2.1 million to C-Capture through the Government’s Energy Entrepreneur Fund. This has enable C-Capture to develop their technology, moving it out of the laboratory and for it to be piloted on biogas upgrading and gas-fired power station flue gas.

C-Capture Ltd was launched in 2009 and has attracted support from IP Group, the Department for Business, Energy and Industrial Strategy’s, Energy Entrepreneurs Fund, and the CO2 Capture Project.

It was also the National Winner of the Shell Springboard 2016 competition for low carbon businesses.

Andy Duley, Director of Commercialisation at the University of Leeds, said: “The University has an established track record in working with private sector investors and leveraging its own funds to launch successful spin out companies.

“C-Capture is the latest example of our continued success in converting research expertise into a valuable service which directly benefits industry, and has the potential to make an impact around the world.”